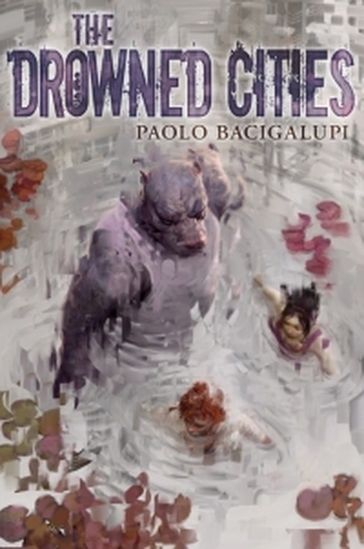 Available only as a match-numbered pair (with the limited edition of "Shipbreaker").

The signed limited edition of Paolo Bacigalupi's third novel, The Drowned Cities, printed in two colors throughout, on 80# Finch, with a full-color dust jacket and a pair of full-color interior illustrations by Jon Foster.

Synopsis : In Ship Breaker, award-winning author Paolo Bacigalupi introduced readers to a bleak, dystopian future as convincing and vividly rendered as anything in recent popular fiction. Now, Bacigalupi returns to that world in The Drowned Cities, an independent narrative as memorable and viscerally exciting as its distinguished predecessor. Two very different characters dominate the novel's war torn landscape. Tool, a figure familiar to Ship Breaker's many admirers, is an “augment,” a genetically altered creation—part animal, part human—designed to serve as the perfect killing machine. Mahlia is a “war maggot,” a crippled, castoff teenager left behind by the Peacekeepers, who tried—and failed—to impose some sort of order on the fragmented, increasingly violent society known as the Drowned Cities. Mahlia's relationship with her newly acquired “family”—a doctor who teaches her the art of healing and a young boy named Mouse who once saved her life—keeps her connected, however tenuously, to the world of human values. When devastation descends on her village and disrupts those fragile connections, Mahlia finds herself in an unlikely alliance with Tool, who may represent her last, best chance to save a friend—and preserve her own humanity.

The Drowned Cities is a story of love, war, loyalty, and survival. More importantly, it is an unforgettable portrait of a society that has lost its way, in which natural and man-made disasters have combined to leave chaos and destruction in their wake. Though aimed primarily at younger readers, this is a novel that virtually annihilates the distinction between YA and so-called “adult” fiction, offering a powerful, deeply affecting experience that will appeal to—and resonate with—adventurous readers of every age. 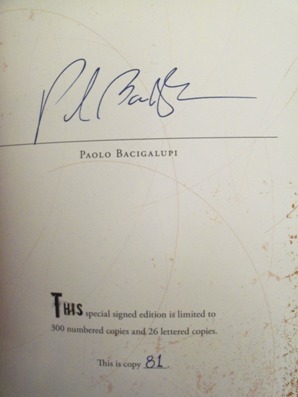