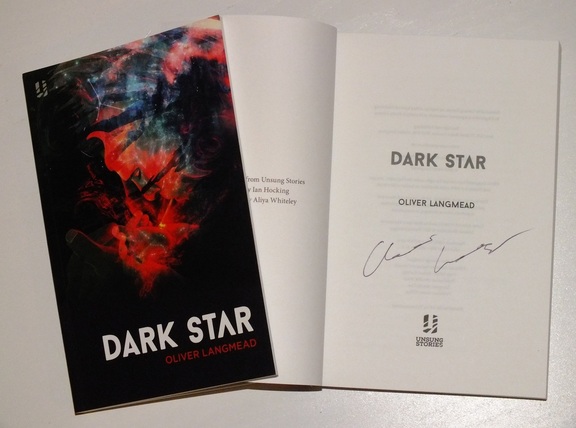 The city of Vox survives in darkness, under a sun that burns without light. In Vox’s permanent night, light bulbs are precious, the rich live in radiance and three Hearts beat light into the city. Aquila. Corvus. Cancer.

Hearts that bring power to the light-deprived citizens of the city of Vox whilst ghosts haunt the streets, clawing at headlights. Prometheus, liquid light, is the drug of choice. The body of young Vivian North, her blood shining brightly with unnatural light, has no place on the streets.

When Cancer is stolen, the weaponisation of its raw power threatens to throw Vox into chaos. Vox needs a hero, and it falls to cop Virgil Yorke to investigate.

But Virgil has had a long cycle and he doesn’t feel like a hero. With the ghosts of his last case still haunting his thoughts, he craves justice for the young woman found dead with veins full of glowing. Aided by his partner Dante, Virgil begins to shed light on the dark city’s even darker secrets.