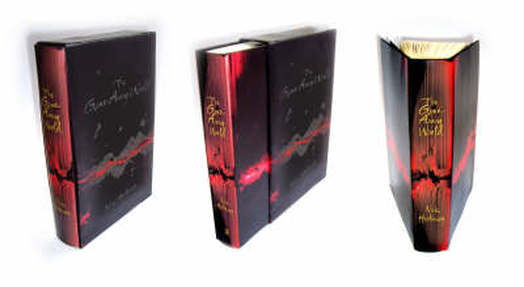 UK first edition - signed and doodled (with a line-drawing of a dragon) by the author via loosely-inserted bookplate. Also flatsigned and dated to the title page by the cover artist Andrew Davidson. First edition, first impression, in new, unread condition.

Synopsis : Naomi Novik's stunning series of novels follow the global adventures of Captain William Laurence and his fighting dragon Temeraire as they are thrown together to fight for Britain during the turbulent time of the Napoleonic Wars. Laurence and Temeraire have been banished from the country they've fought so hard to protect - and the friends they have made in the British Aerial Corps. Found guilty of treason, man and dragon have been deported to Australia to start a new life and many new adventures.