Nick Drake : Remembered For a While - triple-signed First Edition 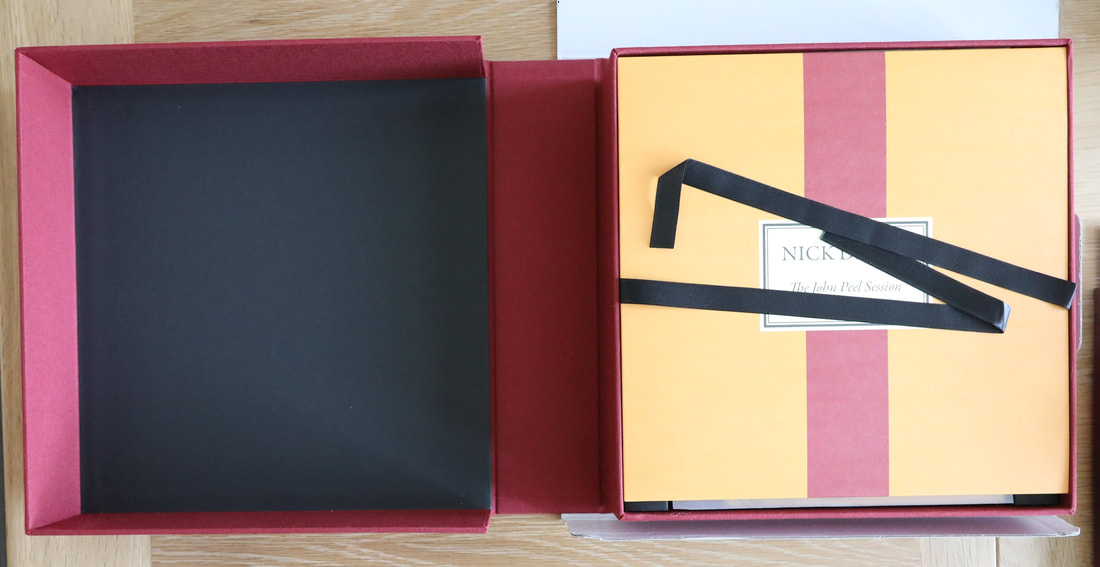 First edition, first impression - signed by Gabrielle Drake and Cally. Includes a signed (by Julian LLoyd) portfolio of prints and a vinyl disc "The John Peel Session" including 5 rare tracks. 'Probably the most ambitious, generous and thorough volume about a musician to see publication' Mouth Magazine The authorised companion to the music of Nick Drake, compiled, composed and edited by Cally Callomon and Gabrielle Drake, with contributions from Nick's friends, critics, adherents, family and from Nick Drake himself. Remembered For A While is not a biography. It is, rather, an attempt to cast a few shards of light on Nick Drake the poet, the musician, the singer, the friend, son and brother, who was also more than all of these. We hope it will accompany all those in search of an elusive artist, whose haunting presence defies analysis. The book contains: * In-depth interviews with many of Nick's friends, most notably Paul Wheeler, Nick's close friend from Cambridge days, a singer-songwriter who, of all Nick's friends, perhaps best understood, from personal experience, Nick's journey through musical creation to despair and back again. * A selection of photos from all eras - some never seen before - with reproductions of documents such as the scrapbook Molly Drake kept of her son's press cuttings, and the original and rejected album covers. * Images of Nick's handwritten and typed lyrics, including the lyrics of some songs for which the music has never been found. * Newly commissioned pieces by Nick's friends Jeremy Harmer, Brian Wells, Robin Frederick and the poet Will Stone. Contributions also from the sleeve designer Michael Trevithick, Island Records's Ann Sullivan and the photographer and artist Nigel Waymouth. *Extracts from Nick's letters - part of an extensive correspondence that exists between Nick and his parents, which charts their relationship from the time he first went to boarding school until the time he came home, when his depression had settled upon him and he felt he had nowhere else to go. From this point, Nick's life was documented by his father, Rodney Drake, who kept a detailed diary, as he and his wife Molly struggled to understand their son's state of mind and how to help him. Passages from this poignant record are included. * A short musical guide to each song's key and tuning to accompany the lyrics, together with an explanatory interpretation of Nick's guitar performance, the result of several years close study by singer-songwriter Chris Healey. * A comprehensive guide to all of Nick's live performances. * And a lengthy essay by noted music critic Pete Paphides, which includes interviews with Nick's musical collaborators and friends - his producer Joe Boyd, his recording engineer John Wood and his orchestrator, the late Robert Kirby - as well as descriptions of the recording process of each album 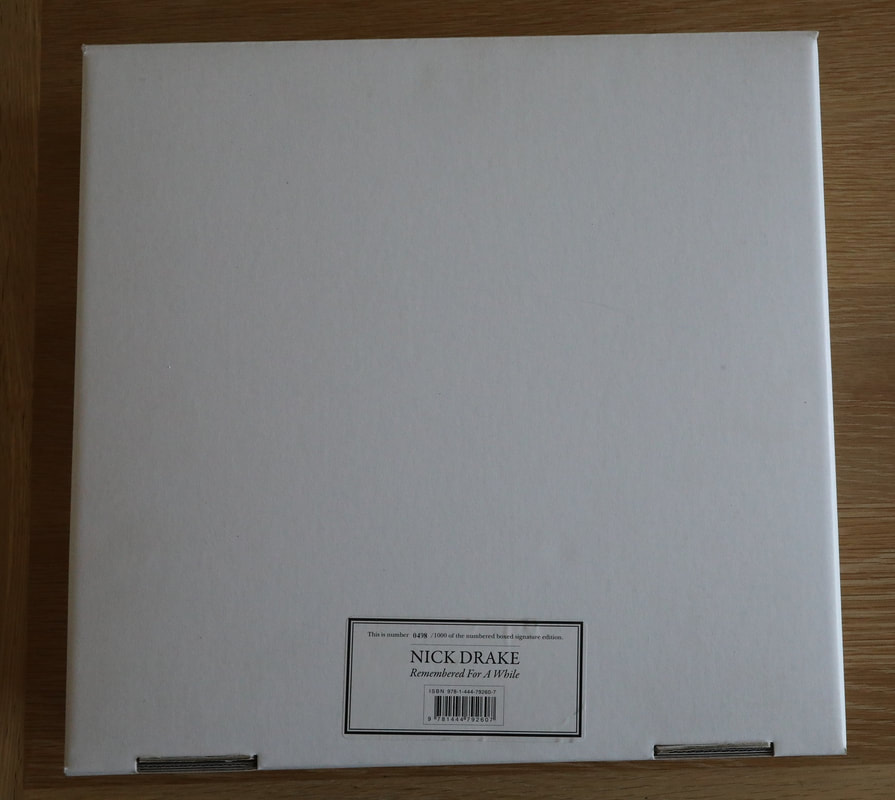 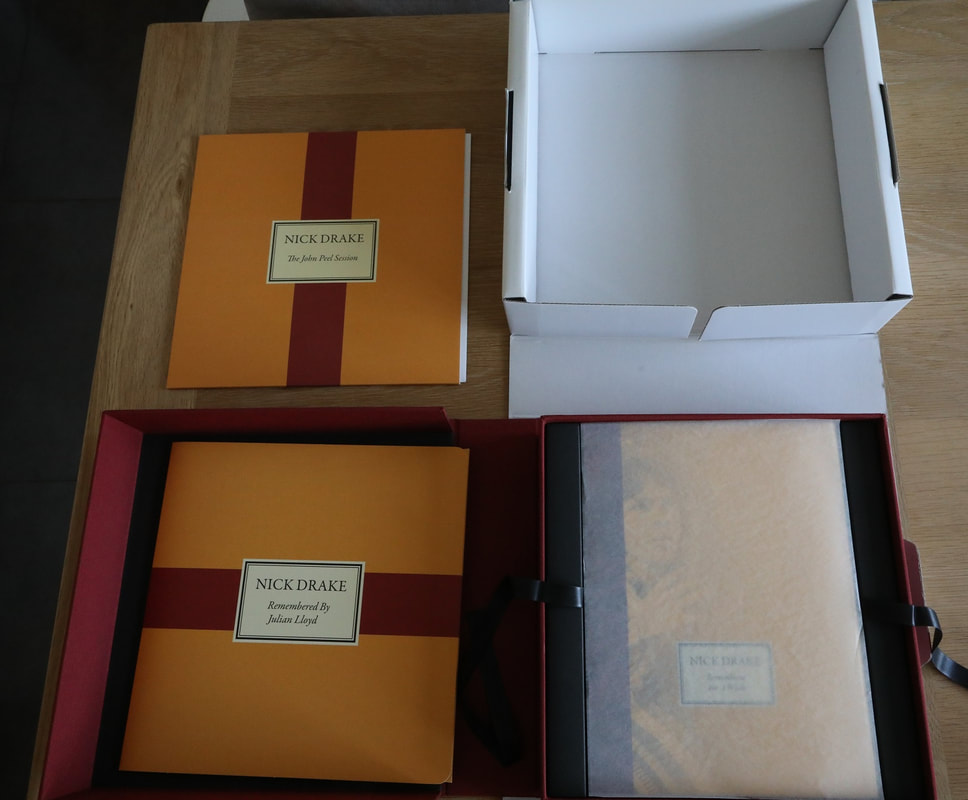 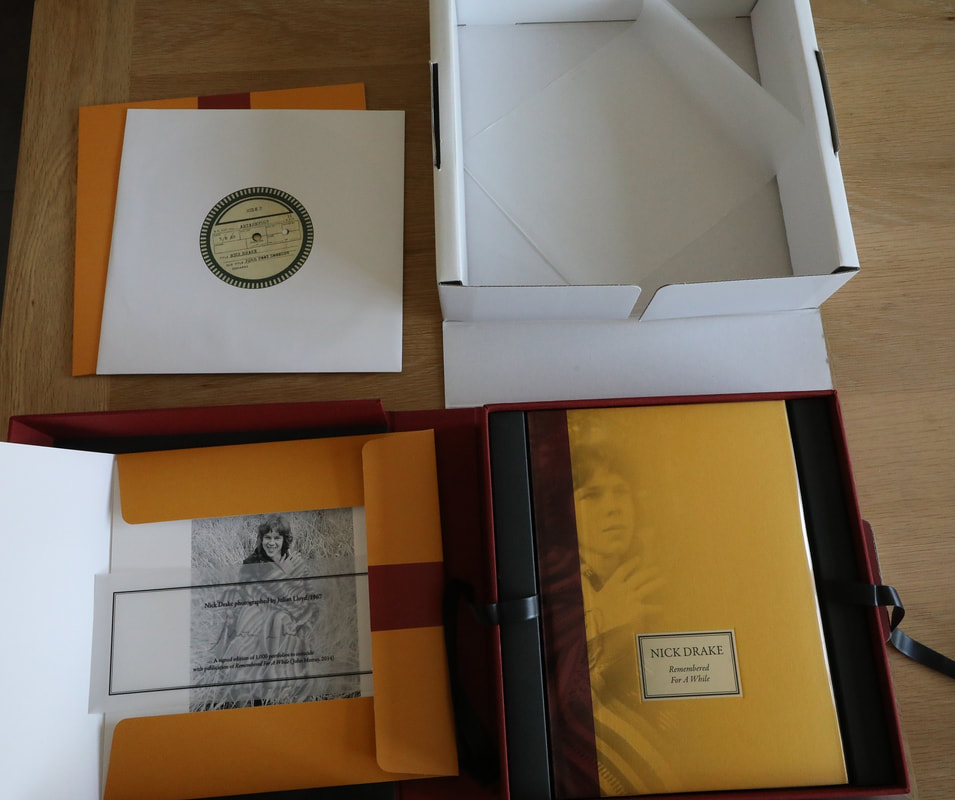 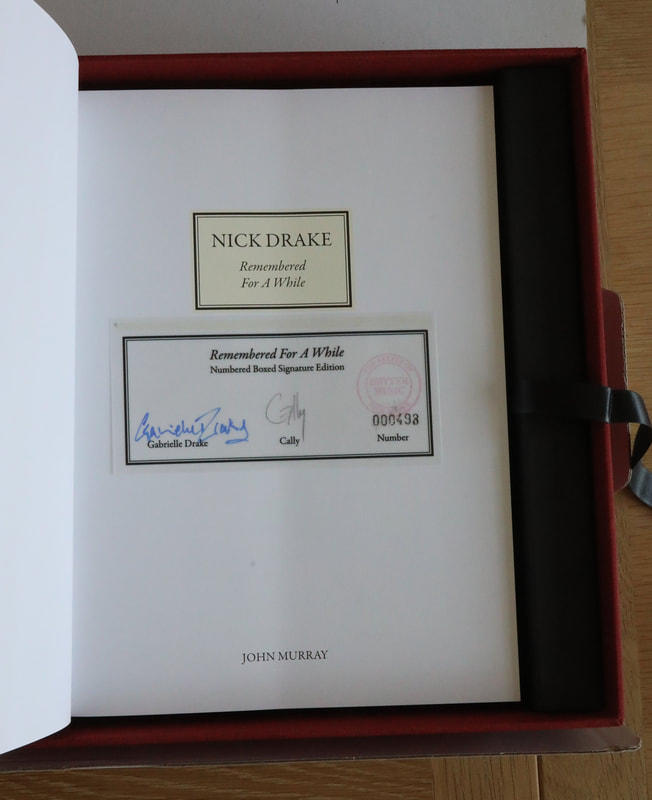 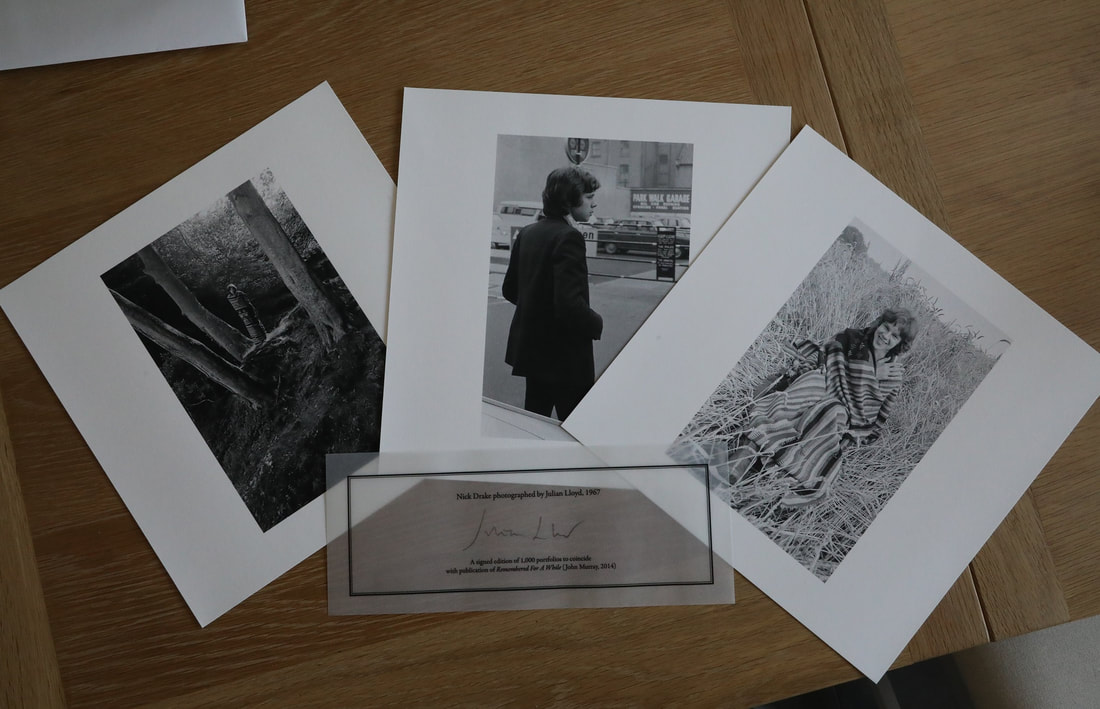 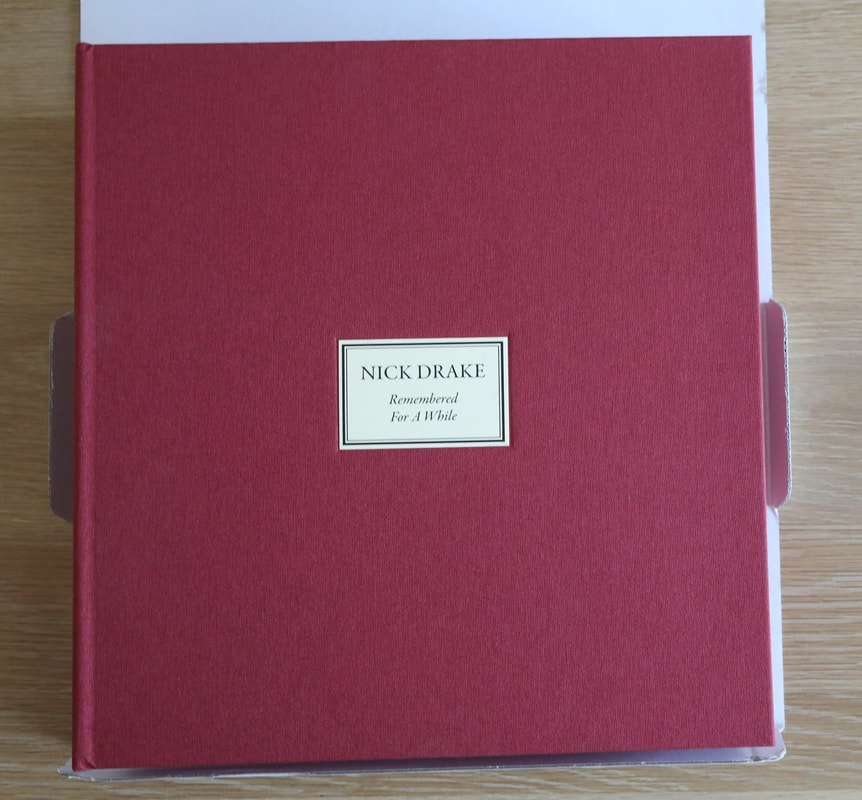 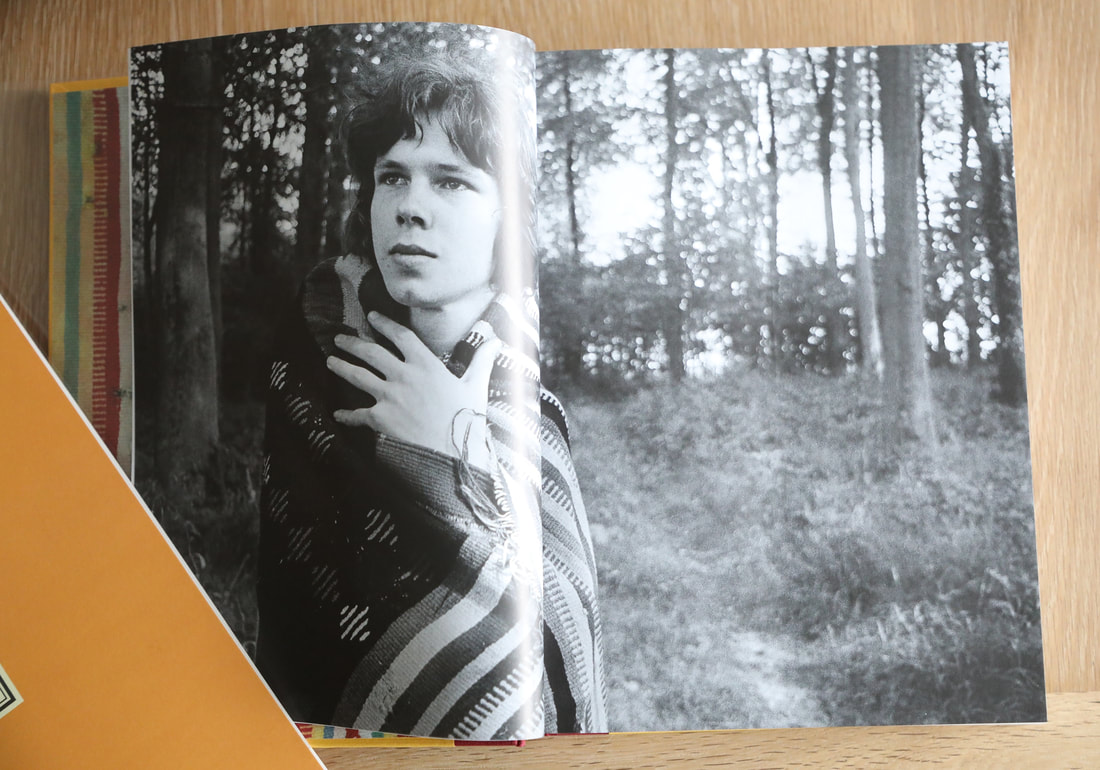 Nick Drake - Remembered for a While - triple-signed first edition with extras
£
750.00