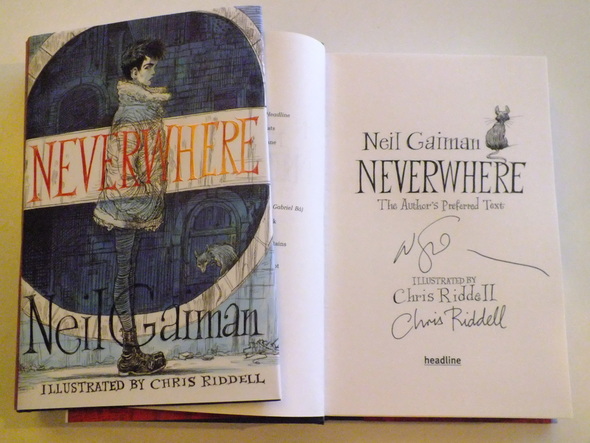 NEVERWHERE is the stunningly original and brilliant first novel from storytelling genius Neil Gaiman, with illustrations by Children's Laureate Chris Riddell. It was dramatised on BBC Radio 4 and BBC Radio 4 Extra as a six-part series.

Under the streets of London there's a world most people could never even dream of. A city of monsters and saints, murderers and angels, and pale girls in black velvet.

Richard Mayhew is a young businessman who is about to find out more than he bargained for about this other London. A single act of kindness catapults him out of his safe and predictable life and into a world that is at once eerily familiar and yet utterly bizarre. There's a girl named Door, an Angel called Islington, an Earl who holds Court on the carriage of a Tube train, a Beast in a labyrinth, and dangers and delights beyond imagining...

And Richard, who only wants to go home, is to find a strange destiny waiting for him below the streets of his native city.