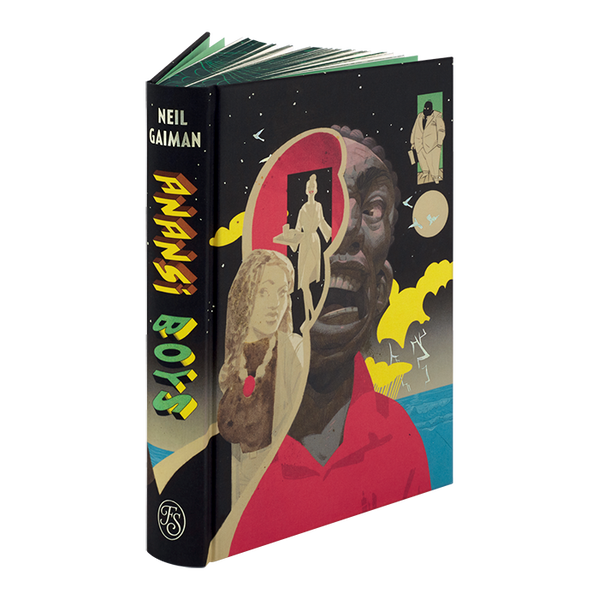 The seed of Anansi Boys was planted during a conversation with the comedian and actor Lenny Henry. Where, asked Henry, were all the people of colour in fantasy fiction? Gaiman turned his attention to African mythology and the figure of Anansi the spider god. Having already made a scene-stealing appearance in the award-winning 'American Gods', the irresistible Mr Nancy makes a triumphant return in this witty romp of a novel – perfect for fans of Douglas Adams and Terry Pratchett.

During early discussions on the production of Anansi Boys, Neil Gaiman noted that: ‘You've set the bar so high with 'American Gods'. Now you merely have to do something just as beautiful and just as ground-breaking.’ Gaiman chose artist Francis Vallejo to take on the challenge, and the result has to be one of Folio’s most joyous creations. As well as vivid spiderwebs on the page tops and five superb full-colour illustrations, the Folio edition of Anansi Boys features a very special tactile pictorial slipcase and a binding that nods to the dual nature shared by the characters Fat Charlie and Spider. Inside, fully illustrated, original black-and-white chapter headings tell their own folktale – all of which are especially fitting for a book about the power and vitality of stories.

Fat Charlie Nancy is not actually fat. He was fat once but he is definitely not fat now. No, right now Fat Charlie Nancy is angry, confused and more than a little scared - right now his life is spinning out of control, and it is all his dad's fault.
If his rotter of an estranged father hadn't dropped dead at a karaoke night, Charlie would still be blissfully unaware that his dad was Anansi the spider god. He would have no idea that he has a brother called Spider, who is also a god. And there would be no chance that said brother would be trying to take over his life, flat and fiancée, or, to make matters worse, be doing a much better job of it than him.

Desperate to reclaim his life, Charlie enlists the help of four more-than-slightly eccentric old ladies and their unique brand of voodoo - and between them they unleash a bitter and twisted force to get rid of Spider. But as darkness descends and badness begins is Fat Charlie Nancy going to get his life back in one piece or is he about to enter a whole netherworld of pain?
He’d only had a brother for a little over a day, and already he felt there would be no surprises left in this new family relationship. Spider was the cool one; he was the other one.

Bereavement is a time of upheaval and for Fat Charlie Nancy the changes are practically seismic. Not only does he discover that his embarrassing old dad was actually Anansi the African trickster god, his life is about to be invaded and turned upside down by Spider, the magical twin brother he never knew he had. Desperate to snatch back his life – and his fiancée – from this agent of chaos, Fat Charlie enlists the help of forces he barely understands, only to unleash a darkness that could destroy everything. 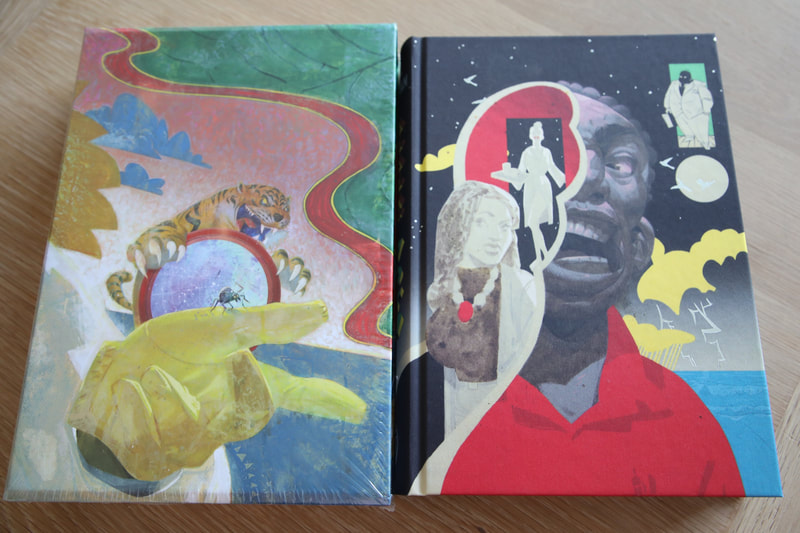 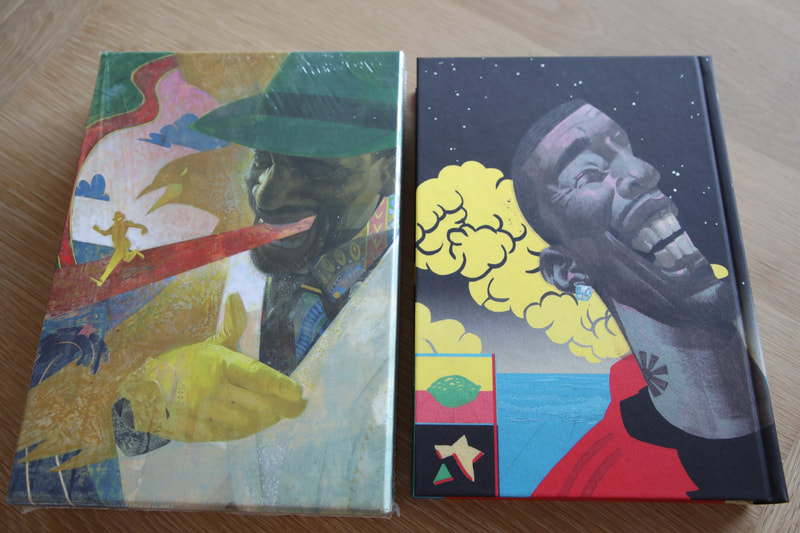 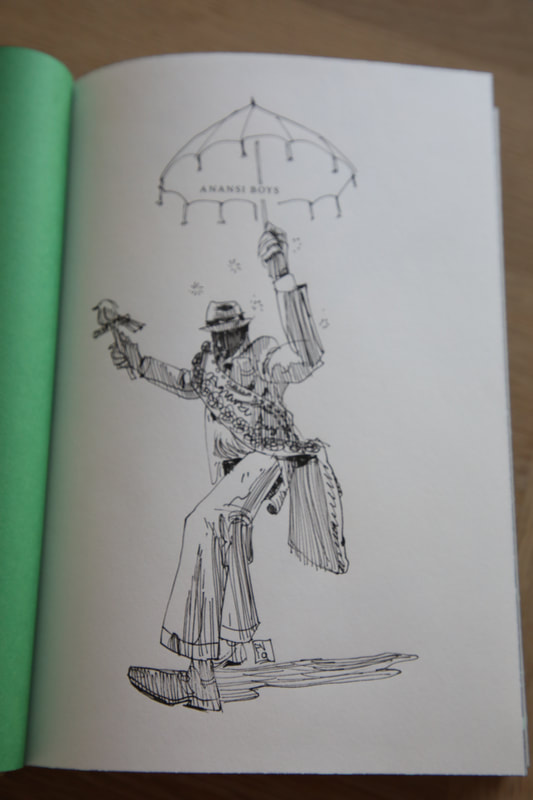 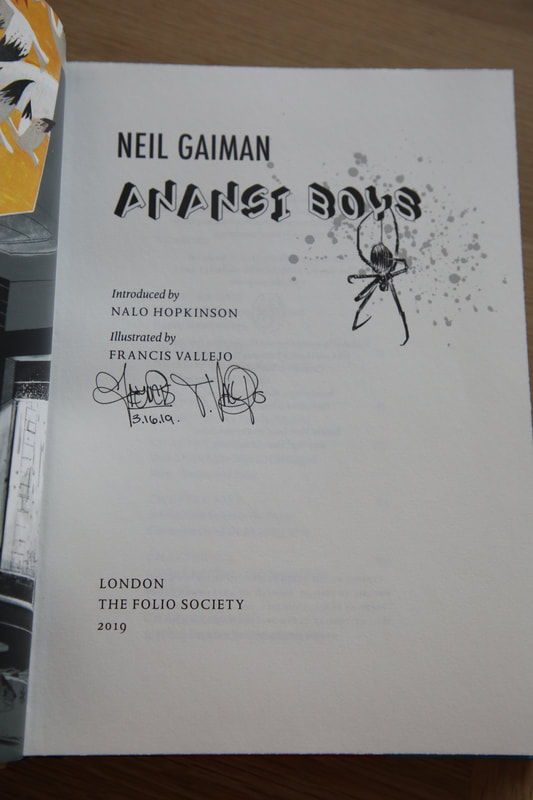 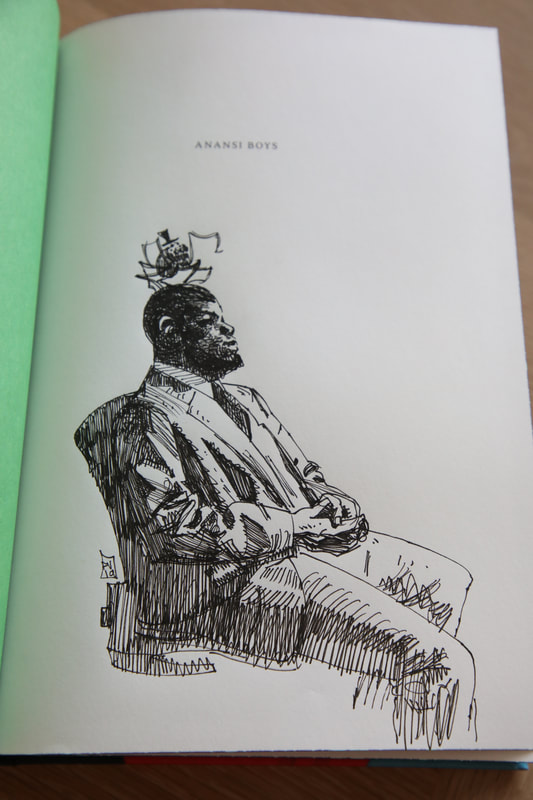 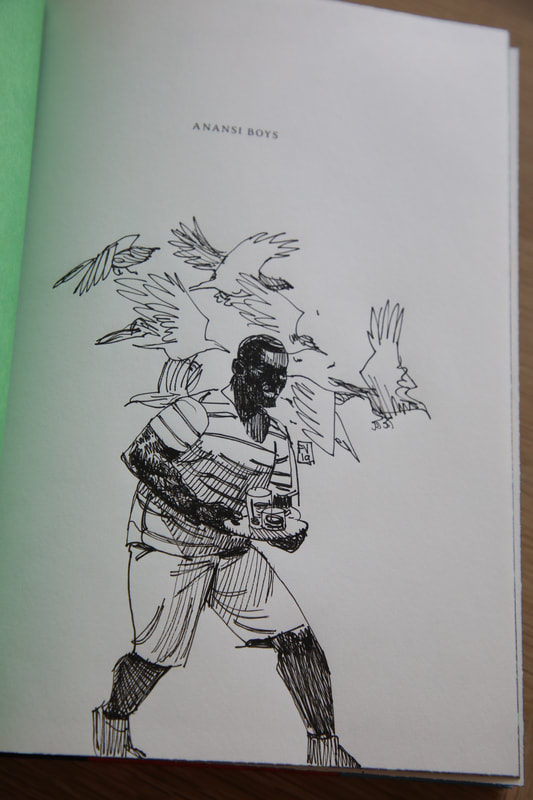 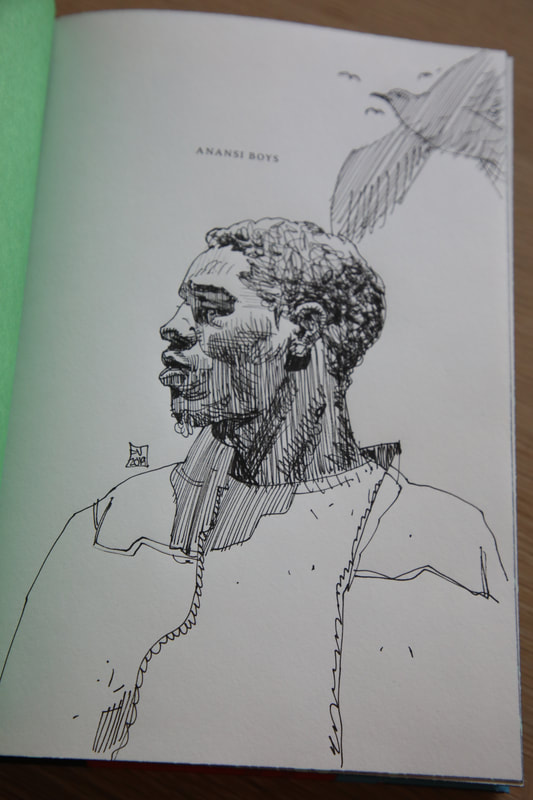 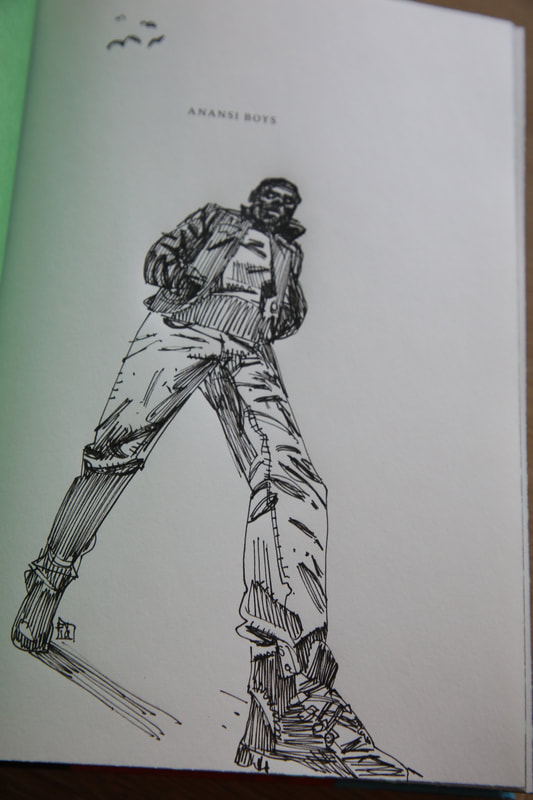 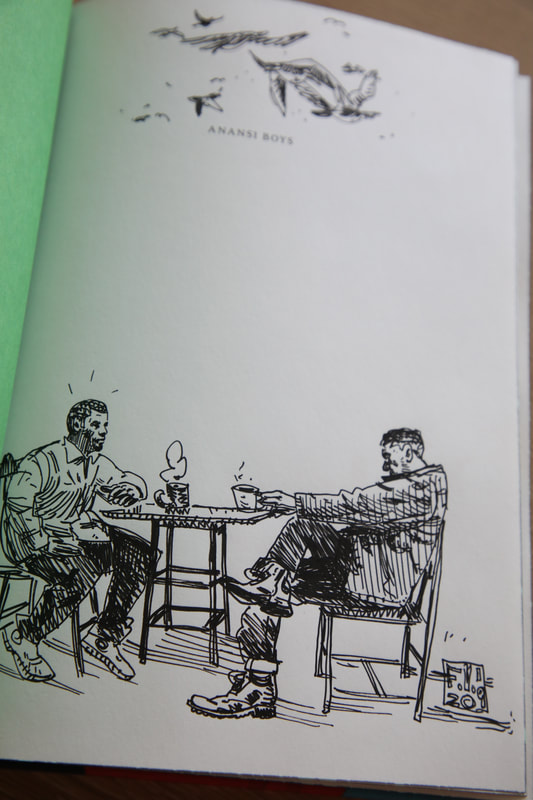