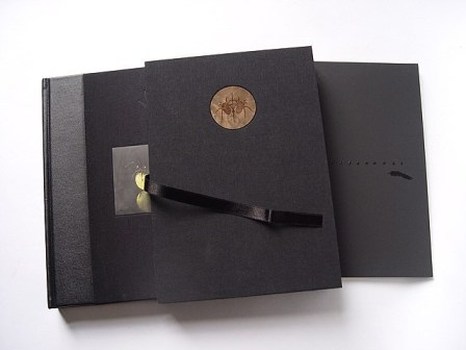 Signed and remarqued in colour by the artist Dagmara Maatuszak (images due soon). Accompanied by a signed (by the artist) chapbook of additional material (available for the first 4 orders only!)

Published by Hill House (publisher of undoubtedly the best editions of any limited edition) to very high production standards - their edition of "American Gods" is second to none. These editions were available only to subscriber's of the "Author's Preferred" series, and so are not widely available. Regrettably, Hill House's high standards proved their undoing, and they went into liquidation a number of years ago. There is now an opportunity to buy one of the limited editions, signed but un-numbered (as records showing the numbers issued before liquidation are non-existent, these have been endorsed as PC (Publisher's Copies) copies). However, uniquely, these have also been remarqued by the artist and designer Dagmara Maatuszak. Please note, the additional chapbook shown in the image above is available with the first 4 orders only (I only have four copies!)

﻿Synopsis : Fat Charlie Nancy is not actually fat. He was fat once but he is definitely not fat now. No, right now Fat Charlie Nancy is angry, confused and more than a little scared -- right now his life is spinning out of control, and it is all his dad's fault. If his rotter of an estranged father hadn't dropped dead at a karaoke night, Charlie would still be blissfully unaware that his dad was Anansi the spider god. He would have no idea that he has a brother called Spider, who is also a god. And there would be no chance that said brother would be trying to take over his life, flat and fiancee, or, to make matters worse, be doing a much better job of it than him. Desperate to reclaim his life, Charlie enlists the help of four more-than-slightly eccentric old ladies and their unique brand of voodoo -- and between them they unleash a bitter and twisted force to get rid of Spider. But as darkness descends and badness begins is Fat Charlie Nancy going to get his life back in one piece or is he about to enter a whole netherworld of pain? ﻿ 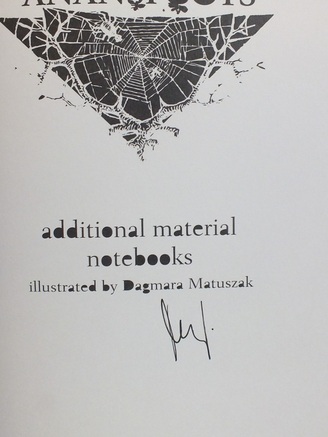