Mark Helprin : In Sunlight and in Shadow Signed First Edition 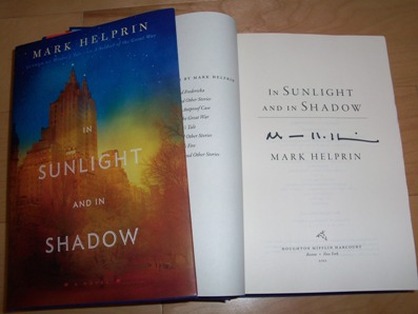 US Hardback first edition - signed by the author

Synopsis : In the summer of 1946, New York City pulses with energy. Harry Copeland, a World War II veteran, has returned home to run the family business. Yet his life is upended by a single encounter with the young singer and heiress Catherine Thomas Hale, as each falls for the other in an instant. They pursue one another in a romance played out in Broadway theaters, Long Island mansions, the offices of financiers, and the haunts of gangsters. Catherine’s choice of Harry over her longtime fiancé endangers Harry’s livelihood and threatens his life. In the end, Harry must summon the strength of his wartime experience to fight for Catherine, and risk everything.

“In its storytelling heft, its moral rectitude, the solemn magnificence of its writing and the splendor of its hymns to New York City, [In Sunlight and in Shadow] is a spiritual pendant to Winter’s Tale and every bit as extraordinary . . . Even the most stubbornly resistant readers will soon be disarmed by the nobility of the novel’s sentiments and seduced by the pure music of its prose.” — Wall Street Journal 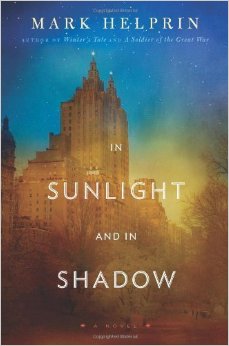 Mark Helprin : In Sunlight and in Shadow Signed First Edition
£
49.99