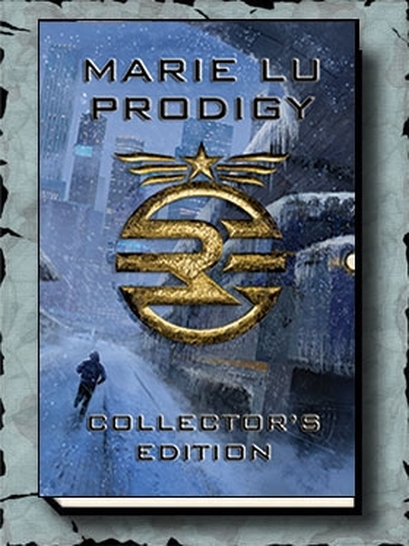 Signed and numbered by the author

Synopsis : PRODIGY is Marie Lu’s second book in her Legend trilogy. As with Legend we’ll be publishing the signed limited edition of Prodigy.

Injured and on the run, it has been seven days since June and Day barely escaped Los Angeles and the Republic with their lives. Day is believed dead having lost his own brother to an execution squad who thought they were assassinating him. June is now the Republic's most wanted traitor. Desperate for help, they turn to the Patriots - a vigilante rebel group sworn to bring down the Republic. But can they trust them or have they unwittingly become pawns in the most terrifying of political games?

We have begun discussing bonus material for Prodigy with Marie Lu. She has indicated there will be outtakes, profiles of secondary characters and more. Marie will be providing an afterword on the “making” of Prodigy. We will update this webpage as we gather the material she is providing.

“This is a well-molded mixture of intrigue, romance, and action, where things can change with almost any turn of the page, and frequently do.” –Booklist

“Marie Lu has beaten the curse with Prodigy. . . it has all the chivalry ofRobin Hood and all the shine and grime of Blade Runner . . . The well-drawn worlds, political undercurrents and the believability of the characters make it all feel fresh . . . Lu proves that a Book 2 needn't play second fiddle, providing intrigue and deep pleasure all its own.” – Los Angeles Times

“Lu opts for a high simmer of intrigue in her sequel to Legend…taut and insightful.” -- STARRED REVIEW from PUBLISHERS WEEKLY 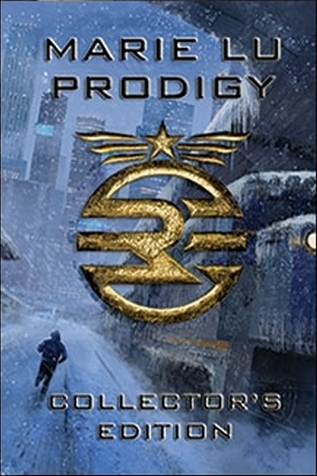