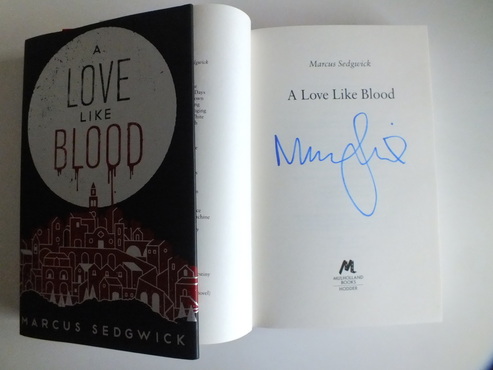 Synopsis : ﻿I've chased him for over twenty years, and across countless miles, and though often I was running, there have been many times when I could do nothing but sit and wait. Now I am only desperate for it to be finished. In 1944, just days after the liberation of Paris, Charles Jackson sees something horrific: a man, apparently drinking the blood of a murdered woman. Terrified, he does nothing, telling himself afterwards that worse things happen in wars. Seven years later he returns to the city - and sees the same man dining in the company of a fascinating young woman. When they leave the restaurant, Charles decides to follow...A LOVE LIKE BLOOD is a dark, compelling thriller about how a man's life can change in a moment; about where the desire for truth - and for revenge - can lead; about love and fear and hatred. And it is also about the question of blood.﻿