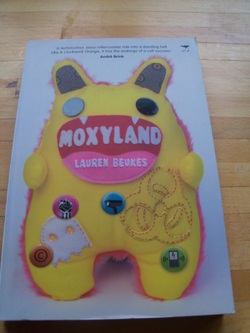 Signed, lined, doodled and dated by the author to the title page. Also signed and doodled by the award-winning cover artist Joey Hi-Fi

Synopsis : What's really going on? Who's really in charge? You have NO. F***KING. IDEA. Moxyland kicks the door in on the techno-corporate conspiracy that's out to get us.and our freedom. In the near future, an art-school dropout, an AIDSbaby, a tech-activist and a RPG-obsessed blogger live in a world where your online identity is at least as important as your physical one. Getting disconnected is a punishment worse than imprisonment, but someone's got to stand up to government inc., whatever the cost. FILE UNDER: Science Fiction [Digital Natives / Corporate Wars / Future Tech / Teenage Riot]