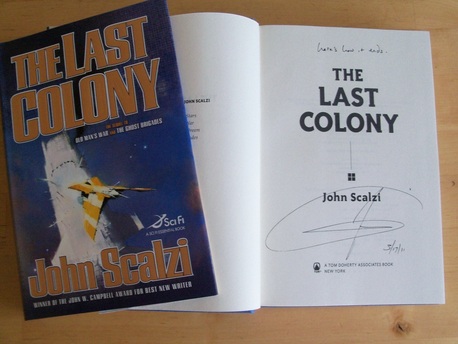 Signed, lined with a quote and dated by the author to the title page. US hardback, first edition, first impression.

Synopsis : John Perry has at last found peace in a violent universe, living quietly with his family in one of humanity's many colonies. It's a good life, yet there's something ...missing. When John and his wife Jane are asked to lead a new colony world, he jumps at the chance to explore the universe once more. But they soon find out that nothing is what it seems, for his new colony is merely pawns in an interstellar game of war and diplomacy between humanity's Colonial Union and a new, seemingly unstoppable alien alliance that is dedicated to ending all human colonization. As this contest rages above, Perry struggles to keep his terrified colonists alive in the face of threats both alien and familiar, on a planet yet to reveal its own fatal secrets.