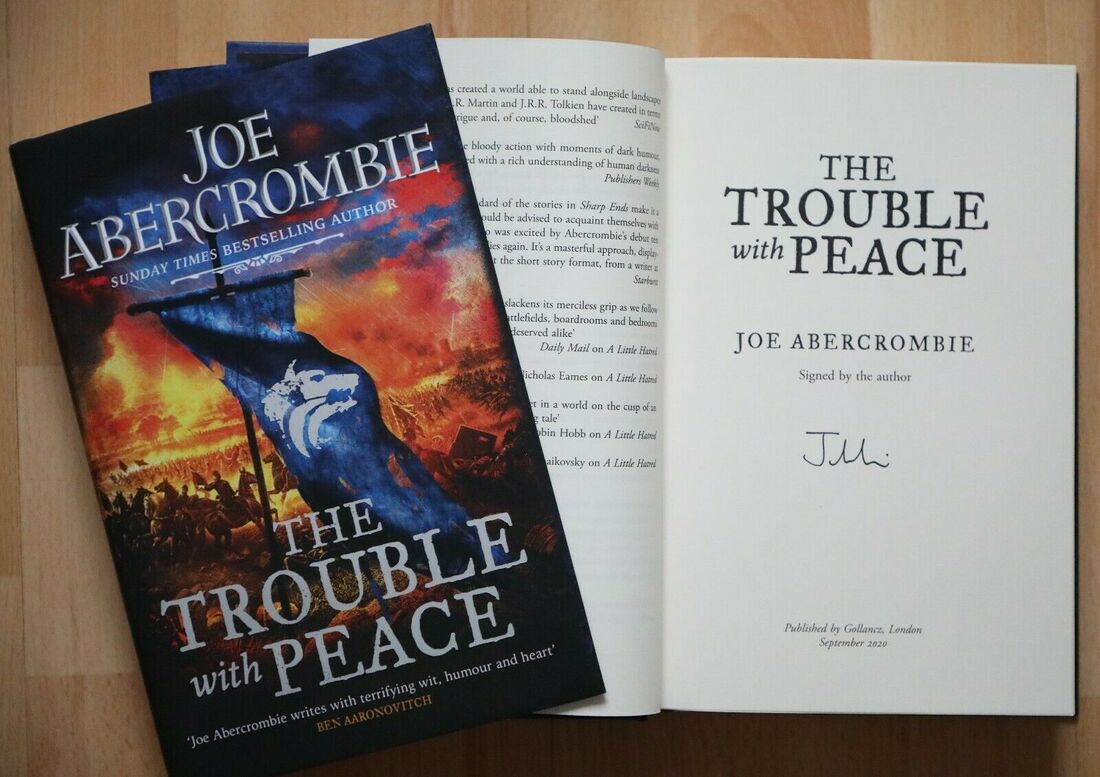 The second in the AGE OF MADNESS trilogy, THE TROUBLE WITH PEACE is the next installment of a series which is revolutionising fantasy . . .

Conspiracy. Betrayal. Rebellion.
Peace is just another kind of battlefield . . .

Savine dan Glokta, once Adua's most powerful investor, finds her judgement, fortune and reputation in tatters. But she still has all her ambitions, and no scruple will be permitted to stand in her way.

For heroes like Leo dan Brock and Stour Nightfall, only happy with swords drawn, peace is an ordeal to end as soon as possible. But grievances must be nursed, power seized and allies gathered first, while Rikke must master the power of the Long Eye . . . before it kills her.

Unrest worms into every layer of society. The Breakers still lurk in the shadows, plotting to free the common man from his shackles, while noblemen bicker for their own advantage. Orso struggles to find a safe path through the maze of knives that is politics, only for his enemies, and his debts, to multiply.

The old ways are swept aside, and the old leaders with them, but those who would seize the reins of power will find no alliance, no friendship, and no peace, lasts forever.

Praise for A LITTLE HATRED, Book one in THE AGE OF MADNESS

'All told within a complex, fascinating plot that will keep you up long after bed time.' - THE SUN

'A tale of brute force and subtle magic on the cusp of an industrial revolution ... Buckle your seat belts for this one.' - ROBIN HOBB

'A LITTLE HATRED is one of Abercrombie's best books yet.' - SFX

'Could scratch an itch for anyone missing Game Of Thrones.' - DEN OF GEEK

'There is no one that writes this stuff like Abercrombie... nothing to hate here, even a little' - SFF WORLD