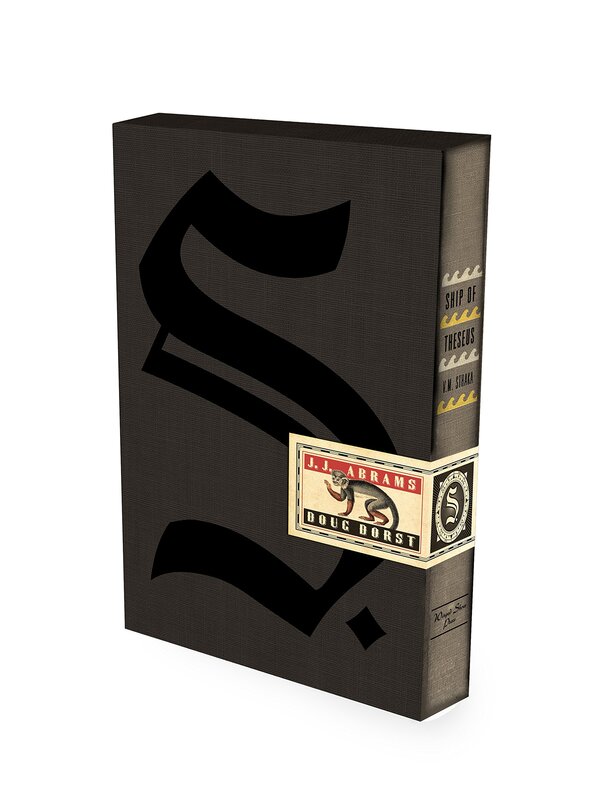 One book. Two readers. A world of mystery, menace and desire.

A young woman picks up a book left behind by a stranger. Inside it are his margin notes, which reveal a reader entranced by the story and by its mysterious author. She responds with notes of her own, leaving the book for the stranger, and so begins an unlikely conversation that plunges them both into the unknown.

THE BOOK: Ship of Theseus, the final novel by a prolific but enigmatic writer named V. M. Straka, in which a man with no past is shanghaied onto a strange ship with a monstrous crew and launched on a disorienting and perilous journey.
THE WRITER: Straka, the incendiary and secretive subject of one of the world's greatest mysteries, a revolutionary about whom the world knows nothing apart from the words he wrote and the rumours that swirl around him.

THE READERS: Jennifer and Eric, a college senior and a disgraced grad student, both facing crucial decisions about who they are, who they might become, and how much they're willing to trust another person with their passions, hurts and fears.

S., conceived by filmmaker J.J. Abrams and written by award-winning novelist Doug Dorst, is the chronicle of two readers finding each other in the margins of a book and enmeshing themselves in a deadly struggle between forces they don't understand. It is also Abrams and Dorst's love letter to the written word.
​
​Bibliographic Details :
Publisher: Canongate Books Ltd
ISBN : 9780857864772
Publication Date: 29th oCTOBER 2013
Binding: Hardback
Book Condition: New
Dust Jacket Condition: None issued
Signed: Signed by the Authors
Edition: First Edition, First Impression
JJ Abrams and Doug Dorst - S (The Ship of Theseus) double-signed first edition​
£
295.00