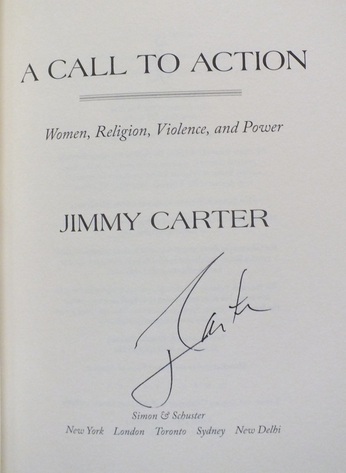 Synopsis : The world’s discrimination and violence against women and girls is the most serious, pervasive, and ignored violation of basic human rights: This is President Jimmy Carter’s call to action.

President Carter was encouraged to write this book by a wide coalition of leaders of all faiths. His urgent report covers a system of discrimination that extends to every nation. Women are deprived of equal opportunity in wealthier nations and “owned” by men in others, forced to suffer servitude, child marriage, and genital cutting. The most vulnerable, along with their children, are trapped in war and violence.

A Call to Action addresses the suffering inflicted upon women by a false interpretation of carefully selected religious texts and a growing tolerance of violence and warfare. Key verses are often omitted or quoted out of context by male religious leaders to exalt the status of men and exclude women. And in nations that accept or even glorify violence, this perceived inequality becomes the basis for abuse. President Carter and his wife, Rosalynn, have visited 145 countries, and The Carter Center has had active projects in more than half of them. Around the world, they have seen inequality rising rapidly with each passing decade. This is true in both rich and poor countries, and among the citizens within them.

Carter draws upon his own experiences and the testimony of courageous women from all regions and all major religions to demonstrate that women around the world, more than half of all human beings, are being denied equal rights. This is an informed and passionate charge about a devastating effect on economic prosperity and unconscionable human suffering. It affects us all.

About the Author Jimmy Carter was the thirty-ninth President of the United States, serving from 1977 to 1981. In 1982, he and his wife founded The Carter Center, a nonprofit organization dedicated to improving the lives of people around the world. Carter was awarded the Nobel Peace Prize in 2002. He is the author of over two-dozen books, including An Hour Before Daylight, Palestine Peace not Apartheid, and Our Endangered Values. He lives in Plains, Georgia.
Bibliographic Details
ISBN : 978-1476773957
Publisher: Simon & Schuster
Publication Date: 25th March 2014
Binding: Hardback
Book Condition: New
Dust Jacket Condition: New
Signed: Signed by the Author
Edition: First Edition, First Impression 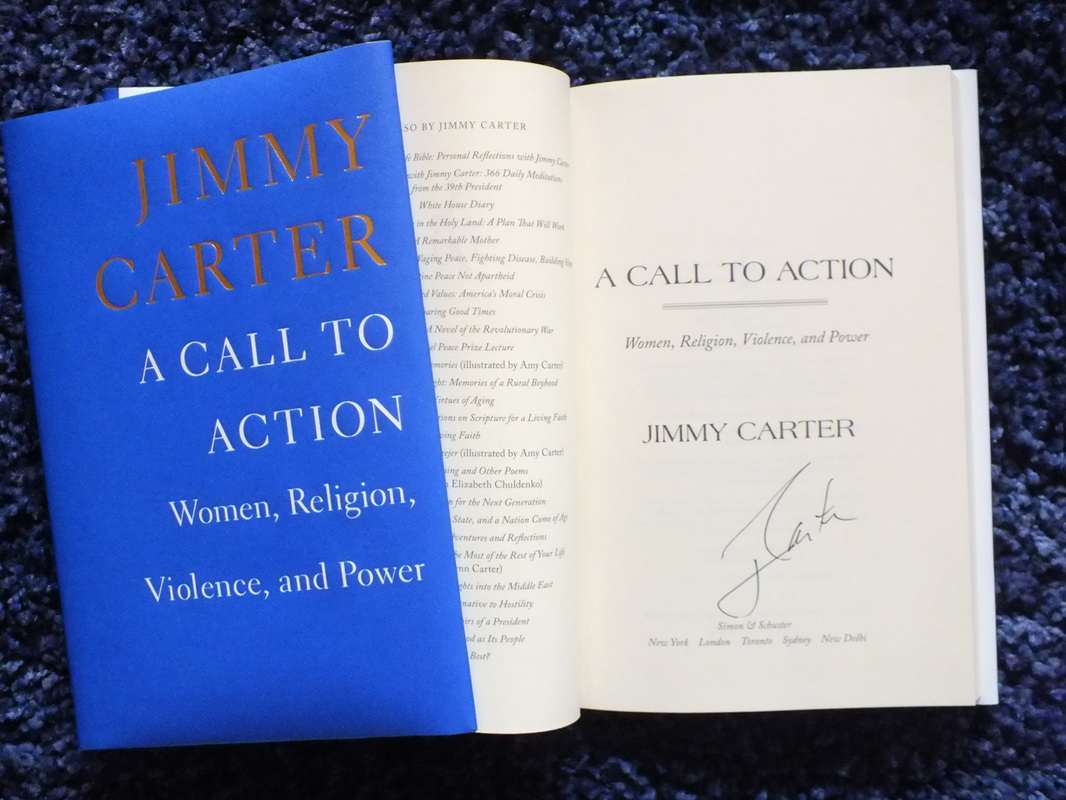