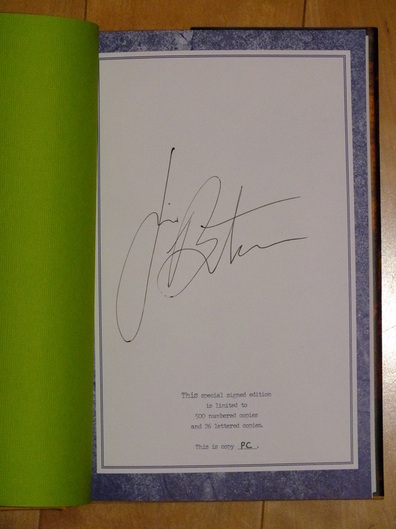 
Signed by the artist Vincent Chong, who has also drawn a full-page detailed sketch within.

This is the second of Jim Butcher'sDresden Files novels, in a deluxe collectable hardcover, meant to give a lifetime of enjoyment. Sold out at the publisher, this numbered edition is endorsed "PC", being one of the rare Publisher Copies not normally intended for resale.

This edition of Fool Moon is printed on 80# Finch Opaque, our preferred paper for higher-end limited editions, with a number of full-page interior illustrations, as well as a full-color dust jacket by Vincent Chong.

﻿Synopsis : Meet Harry Dresden, Chicago's first (and only) Wizard P.I. Turns out the 'everyday' world is full of strange and magical things - and most of them don't play well with humans. That's where Harry comes in.

Business has been slow lately for Harry Dresden. Okay, business has been dead. Not undead - just dead. You would think Chicago would have a little more action for the only professional wizard in the phone book. But lately, Harry hasn't been able to dredge up any kind of work - magical or mundane. But just when it looks like he can't afford his next meal, a murder comes along that requires his particular brand of supernatural expertise. A brutally mutilated corpse. Strange-looking paw prints. A full moon. Take three guesses. And the first two don't count . . .

Magic - it can get a guy killed. 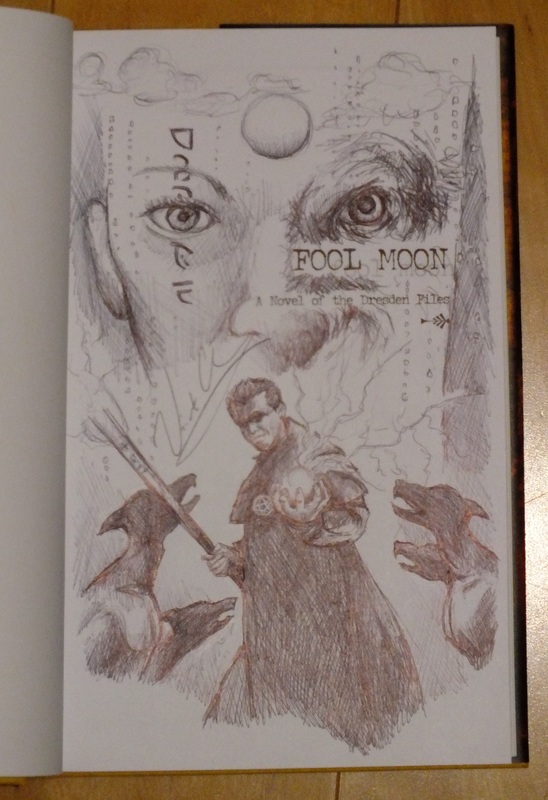