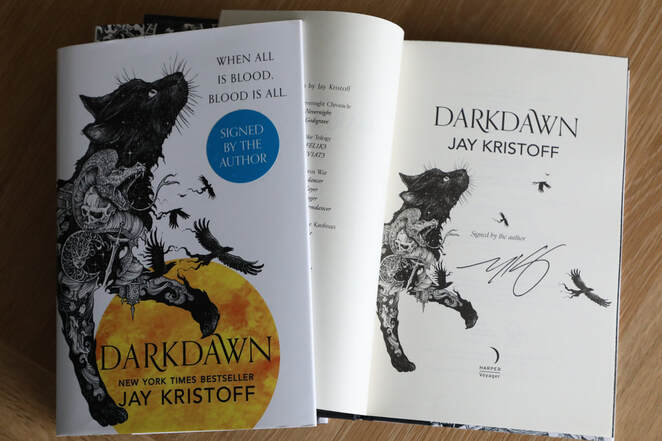 Following on from the events in Nevernight and Godsgrave, Darkdawnbrings to a close a gripping story of fearful rivalry, undercover conspiracy and brutal retribution. Told with Kristoff’s blend of black humour and enthralling world-building, this is a breath-taking third act to a thrilling fantasy drama.

Signed first edition with sprayed edges.
Discover the bloody end of Mia Corvere's story as internationally bestselling author Jay Kristoff brings The Nevernight Chronicle to its epic conclusion.
The greatest games in Godsgrave's history have ended with the most audacious murders in the history of the Itreyan Republic.
Mia Corvere, gladiatii, escaped slave, and infamous assassin, is on the run. Pursued by Blades of the Red Church and soldiers of the Luminatii legion, she may never escape the City of Bridges and Bones alive. Her mentor Mercurio is now in the clutches of her enemies. Her own family wishes her dead. And her nemesis, Consul Julius Scaeva, stands but a breath from total dominance over the Republic.
But beneath the city, a dark secret awaits. Together with her lover Ashlinn, brother Jonnen, and a mysterious benefactor returned from beyond the veil of death, she must undertake a perilous journey across the Republic, seeking the final answer to the riddle of her life. Truedark approaches. Night is falling on the Republic for perhaps the final time.
Can Mia survive in a world where even daylight must die?
New York Times and internationally bestselling author Jay Kristoff's writing has been praised by critics and readers alike and has won many awards, including four Aurealis Awards, an ABIA, and David Gemmell Morningstar and Legend awards.
​Bibliographic Details :
Publisher: HarperCollins Publishers
ISBN : 9781785174612
Publication Date: 5th September 2019
Binding: Hardback
Book Condition: New
Dust Jacket Condition: New
Signed: Signed by the Author
Edition: First Edition, First Impression 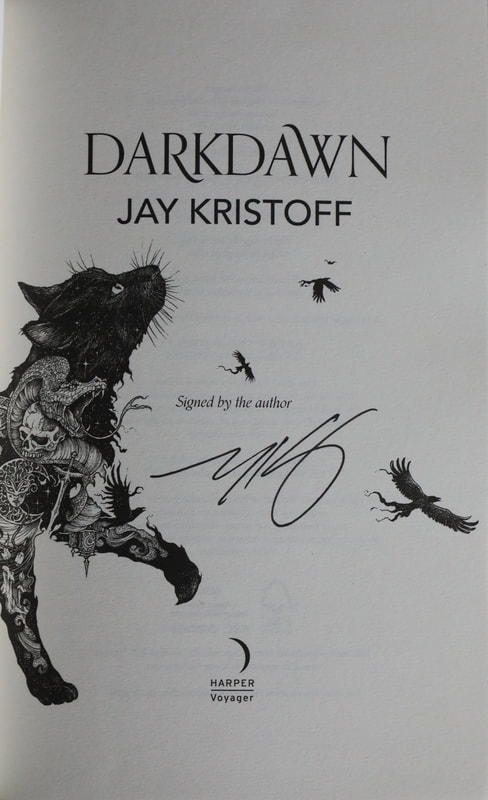