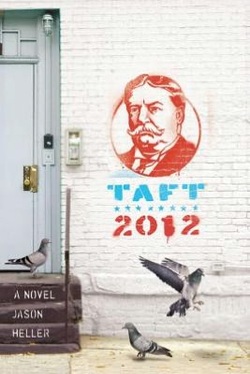 Synopsis : He is the perfect presidential candidate. Conservatives love his hard-hitting Republican résumé. Liberals love his passion for peaceful diplomacy. The media can’t get enough of his larger-than-life personality. Regular folks can identify with his larger-than-life physique. And all the American people love that he’s an honest, hard-working man who tells it like it is. There’s just one problem: He is William Howard Taft . . . and he was already U.S. president a hundred years ago. So what on earth is he doing alive and well and considering a running mate in 2012?