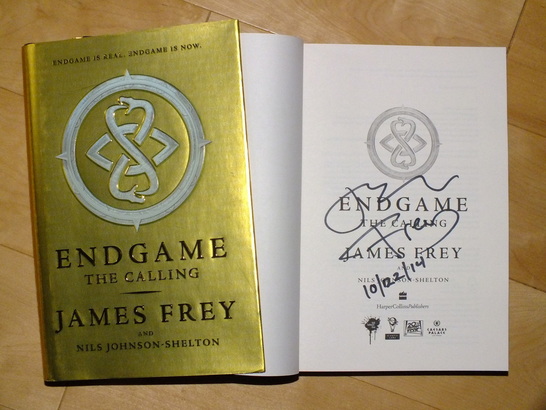 Synopsis : Endgame is real. Endgame is now. Endgame has begun. Twelve ancient cultures were chosen millennia ago to represent humanity in Endgame, a global game that will decide the fate of humankind. Endgame has always been a possibility, but never a reality...until now. Twelve meteorites have just struck Earth, each meteorite containing a message for a Player who has been trained for this moment. At stake for the Players: saving their bloodline, as well as the fate of the world. And only one can win. Endgame is real. Endgame is now. Endgame has begun. Google Niantic is building a mobile location-based augmented reality videogame inextricably tied to the books and mythology, a major prize will be tied to a puzzle in each book, and Twentieth Century Fox has bought the movie rights. Read the Books. Find the Clues. Solve the Puzzle. Who will Win?