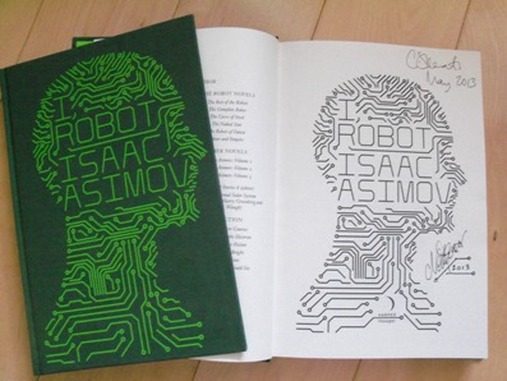 Synopsis : Voyager Classics - timeless masterworks of science fiction and fantasy. A beautiful clothbound edition of I, Robot, the classic collection of robot stories from the master of the genre. In these stories Isaac Asimov creates the Three Laws of Robotics and ushers in the Robot Age. Earth is ruled by master-machines but the Three Laws of Robotics have been designed to ensure humans maintain the upper hand: 1) A robot may not injure a human being or allow a human being to come to harm 2) A robot must obey orders given to it by human beings except where such orders would conflict with the First Law. 3) A robot must protect its own existence as long as such protection does not conflict with the First or Second Law. But what happens when a rogue robot's idea of what is good for society contravenes the Three Laws?