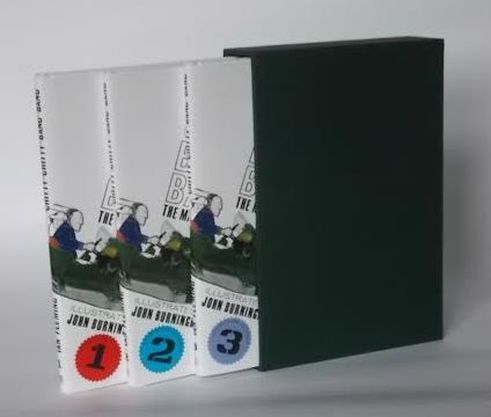 ​All three volumes are signed by the illustrator John Burningham.

A facsimile limited edition of the first edition of Ian Fleming’s famous children’s story about a magical flying car. The story was first published in three volumes between 1964 and 1965, each one illustrated by John Burningham. This edition follows the same pattern, with adaptations by John Burningham to his original artwork.

The Regular Edition comes in a racing green slipcase and is limited to 100 sets.

﻿Synopsis : The wings slowly tilted, and as Commander Pott, at last realizing what CHITTY-CHITTY-BANG-BANG was up to, pressed down the accelerator pedal, the big green car tilted up her shining green and silver nose and took off! Ian Fleming, the creator of James Bond, invented "Chitty-Chitty-Bang-Bang" for his young son Caspar, and it went on to become the most famous and best-loved car in fiction. This treasured story inspired a film and a musical and is celebrated in this lavish, highly collectible new edition, complete with its original timeless artwork by John Burningham, one of Britain's most popular author/illustrators. 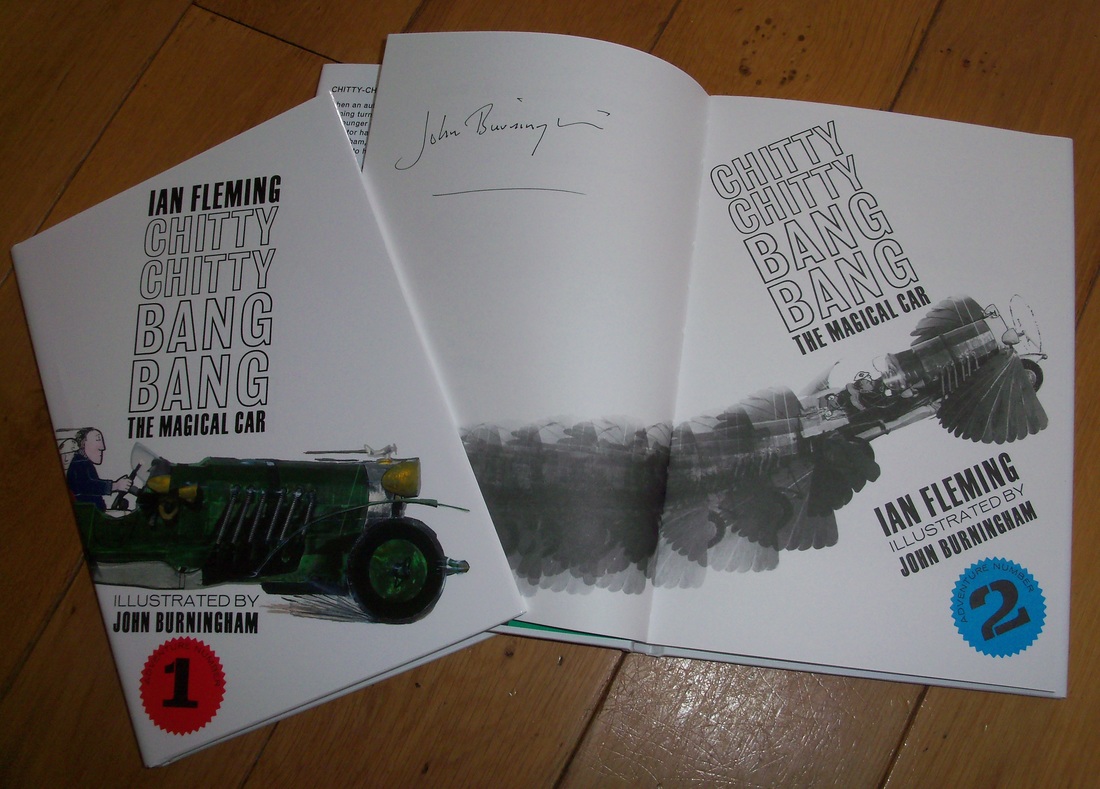 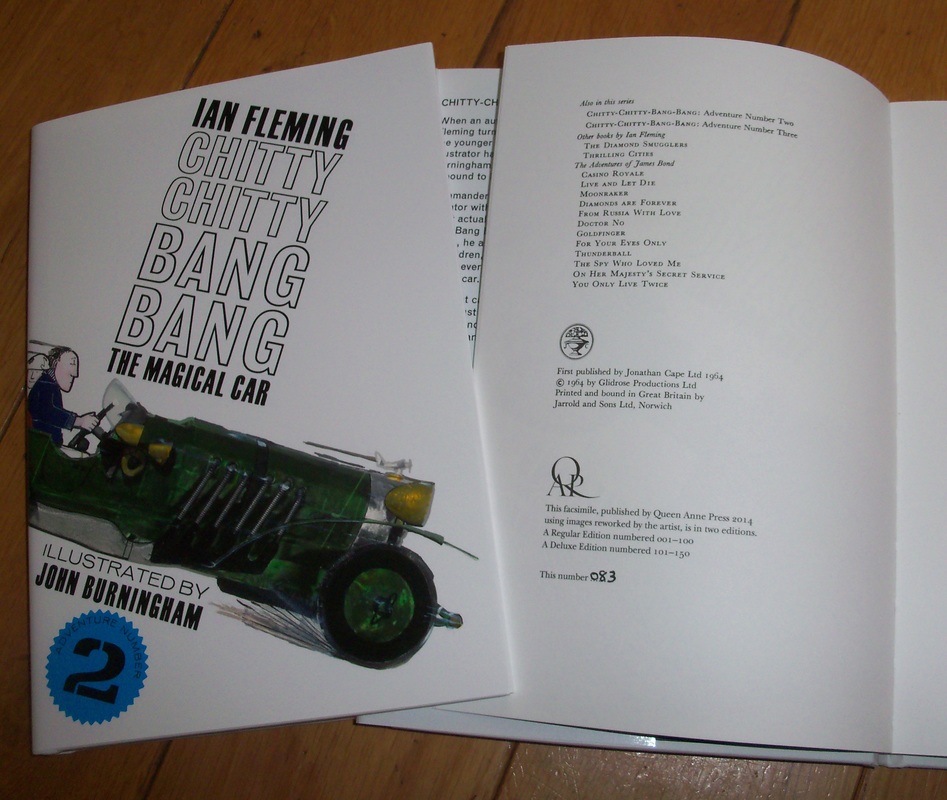