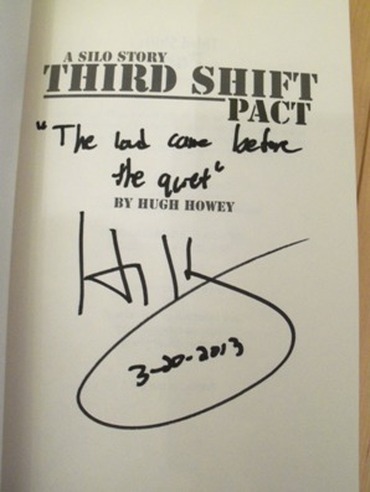 ​Signed, lined and dated by the author

Synopsis : In 2007, the Center for Automation in Nanobiotech (CAN) outlined the hardware and software platform that would one day allow robots smaller than human cells to make medical diagnoses, conduct repairs, and even self-propagate. In the same  year, the CBS network re-aired a program about the effects of propranolol on  sufferers of extreme trauma. A simple pill, it had been discovered, could wipe  out the memory of any traumatic event. At almost the same moment in
humanity’s  broad history, mankind had discovered the means for bringing about its utter  downfall. And the ability to forget it ever happened.