Helene Wecker : The Golem and the Djinni Signed First Edition 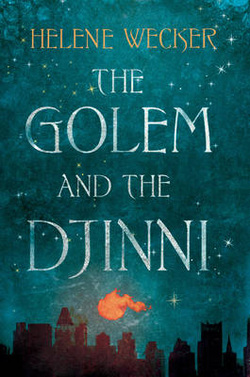 UK Hardback first edition - signed. lined with a quote and dated by the author

Synopsis : If you were bewitched by The Night Circus...If you were mesmerised by A Discovery of Witches...If you were enthralled by Jonathan Strange & Mr Norrell...You will be enchanted by THE GOLEM & THE DJINNI Chava is a golem, a creature made of clay, brought to life by a disgraced rabbi who dabbles in dark Kabbalistic magic. When her master, the husband who commissioned her, dies at sea on the voyage from Poland, she is unmoored and adrift as the ship arrives in New York in 1899. Ahmad is a djinni, a being of fire, born in the ancient Syrian desert. Trapped in an old copper flask by a Bedouin wizard centuries ago, he is released accidentally by a tinsmith in a Lower Manhattan shop. Though he is no longer imprisoned, Ahmad is not entirely free - an unbreakable band of iron binds him to the physical world. The Golem & The Djinni is their magical, unforgettable story; unlikely friends whose tenuous attachment challenges their opposing natures - until the night a terrifying incident drives them back into their separate worlds. But a powerful threat will soon bring Chava and Ahmad together again, challenging their existence and forcing them to make a fateful choice.