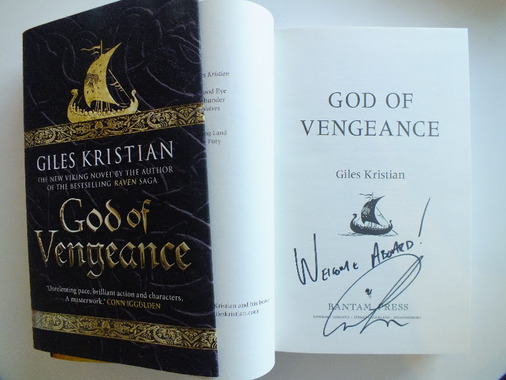 Synopsis : ﻿Norway 785 AD. It began with the betrayal of a lord by a king...But when King Gorm puts Jarl Harald's family to the sword, he makes one terrible mistake - he fails to kill Harald's youngest son, Sigurd. On the run, unsure who to trust and hunted by powerful men, Sigurd wonders if the gods have forsaken him: his kin are slain or prisoners, his village attacked, its people taken as slaves. Honour is lost. And yet he has a small band of loyal men at his side and with them he plans his revenge. All know that Odin - whose name means frenzy - is drawn to chaos and bloodshed, just as a raven is to slaughter. In the hope of catching the All-Father's eye, the young Viking endures a ritual ordeal and is shown a vision. Wolf, bear, serpent and eagle come to him. Sigurd will need their help if he is to make a king pay in blood for his treachery. Using cunning and war-craft, he gathers together a band of warriors - including Olaf, his father's right hand man, Bram who men call Bear, Black Floki who wields death with a blade, and the shield maiden Valgerd, who fears no man - and convinces them to follow him. For, whether Odin is with him or not, Sigurd will have his vengeance. And neither men nor gods had best stand in his way...﻿