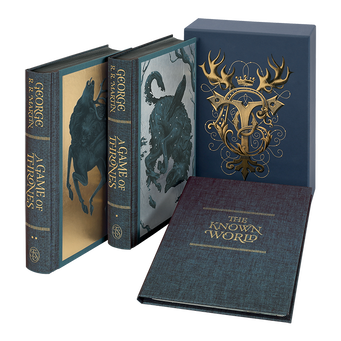 Illustrated by Jonathan Burton
Introduced by Joe AbercrombieA Game of Thrones is presented in a spectacular collector’s edition - the first release in the Folio Society series of George R. R. Martin’s A Song of Ice and Fire.
‘The Folio Society’s splendid new editions … are masterpieces of the bookmaker’s art lavishly illustrated by Jonathan Burton. Book collectors and fantasy fans alike are going to delight in these volumes … I know I will.’

publishing phenomenon; the biggest TV series in the world; a book that revolutionised a genre. A Game of Thrones is also, above and beyond all these things, a uniquely addictive piece of literature, claiming legions of fans and winning vast critical acclaim, and now The Folio Society presents the ultimate illustrated collector’s edition.

When you play the game of thrones, you win or you die.

​Synopsis : A story as epic as A Game of Thrones deserves an edition fit for the Iron Throne, and this lavish two-volume set drips with exquisite details. Award-winning illustrator Jonathan Burton has provided a series of gorgeous colour illustrations that take the reader deeper into the realms of Westeros than ever before. His work can also be seen in the stunning binding designs, the chapter heading illustrations, and even in a special image hidden on the inside of the unique slipcase. In an exclusive introduction, celebrated fantasy author Joe Abercrombie delves into how the book changed the landscape of the fantasy genre, while family trees – helping readers to keep their Lannisters separate from their Targaryens – have been designed at the end of the novel, alongside newly drawn House sigils. This spectacular set includes a new colour map of The Known World, folding out to reveal the full splendour of George R. R. Martin’s remarkable creation.

A Game of Thrones is the first part in the sweeping A Song of Ice and Fire saga. The series is epic fantasy in its truest sense, immersing the reader in a vast and detailed world, full of strange gods, dangerous magic and extraordinary landscapes; but it is also fantasy at its most modern, plotted with all the breakneck pace of a thriller and populated with diverse, complex characters that will win your heart and break it, all in the space of a few chapters. This magnificent set of A Game of Thrones is the first in a landmark series for The Folio Society. 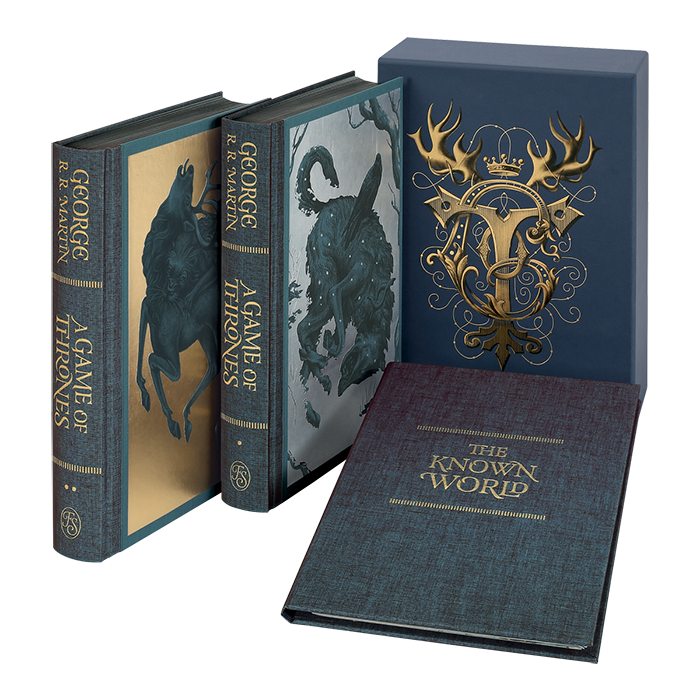 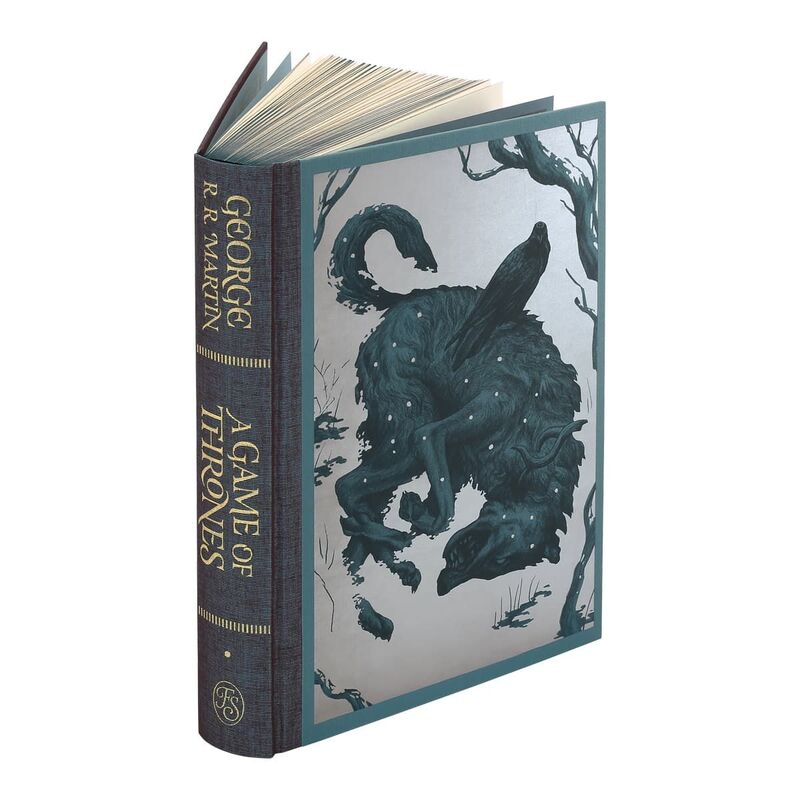 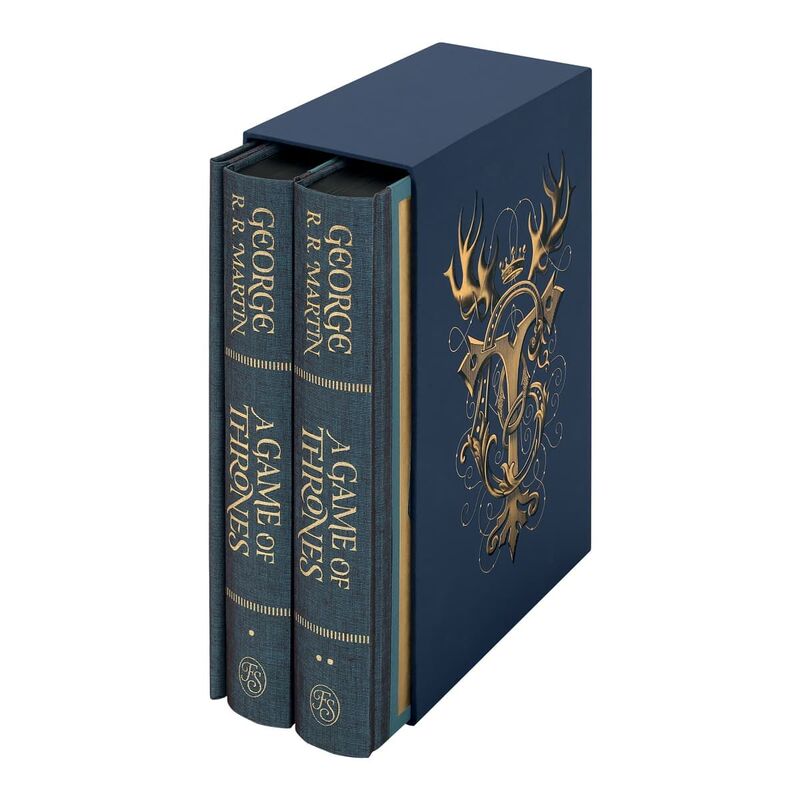 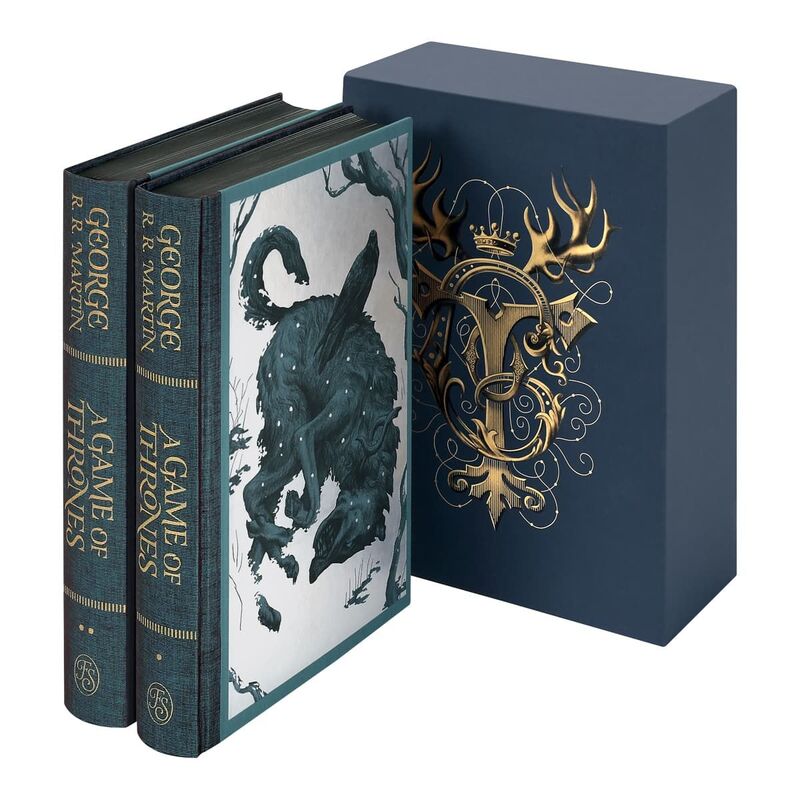 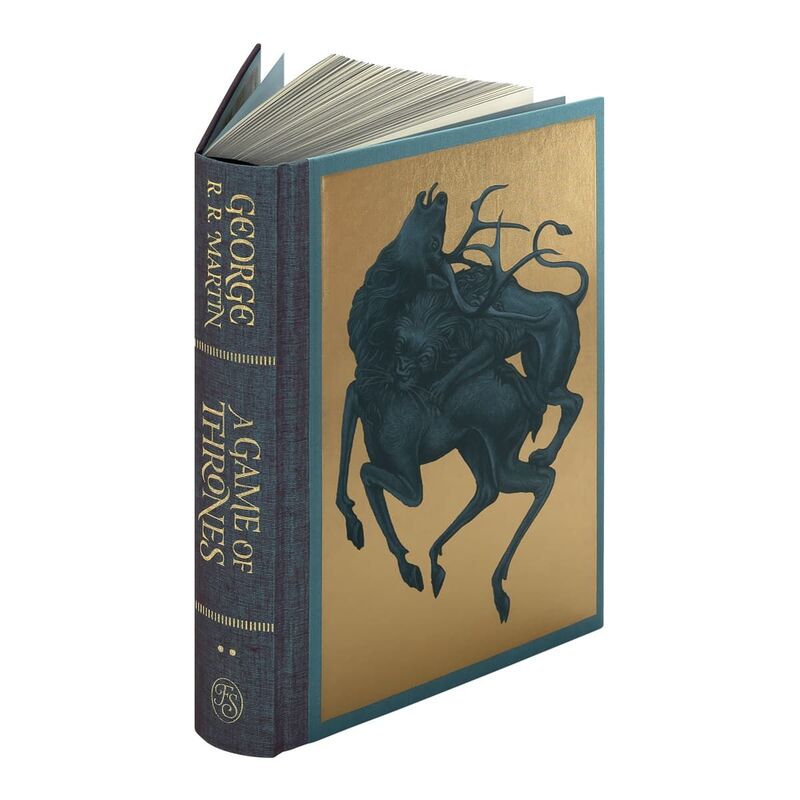 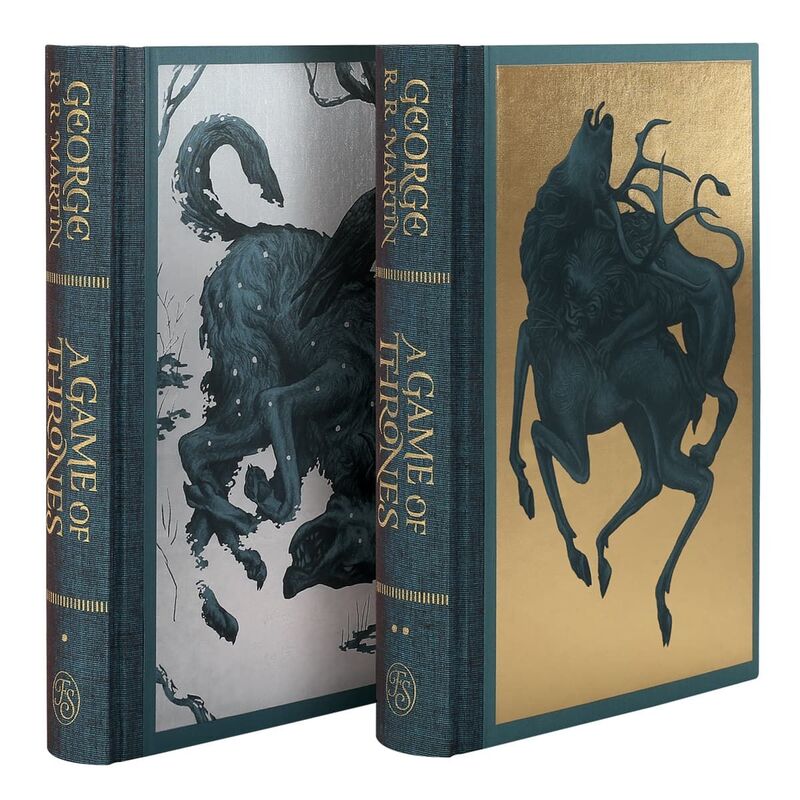 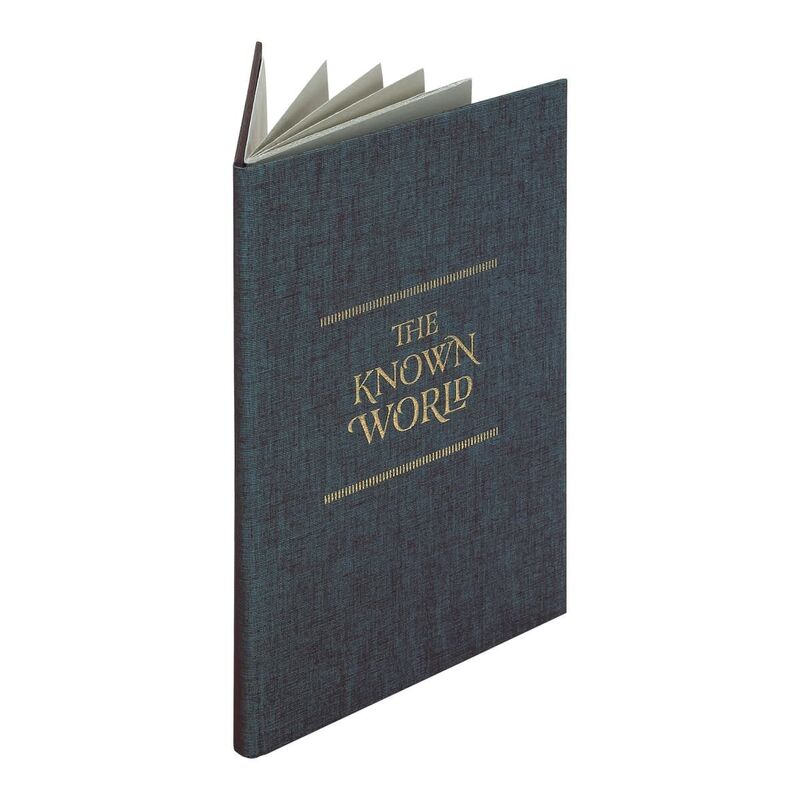 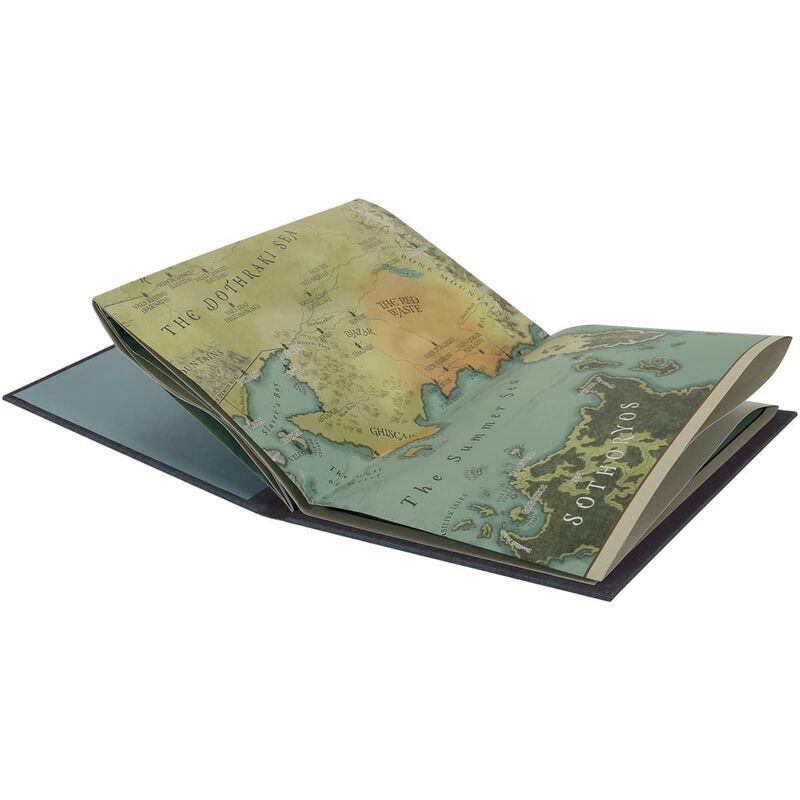 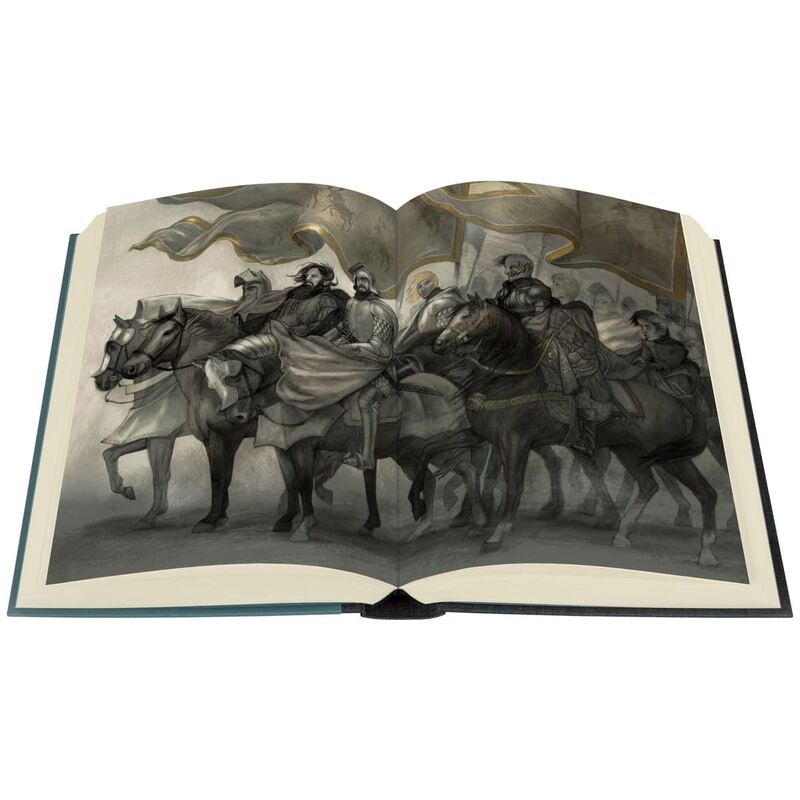 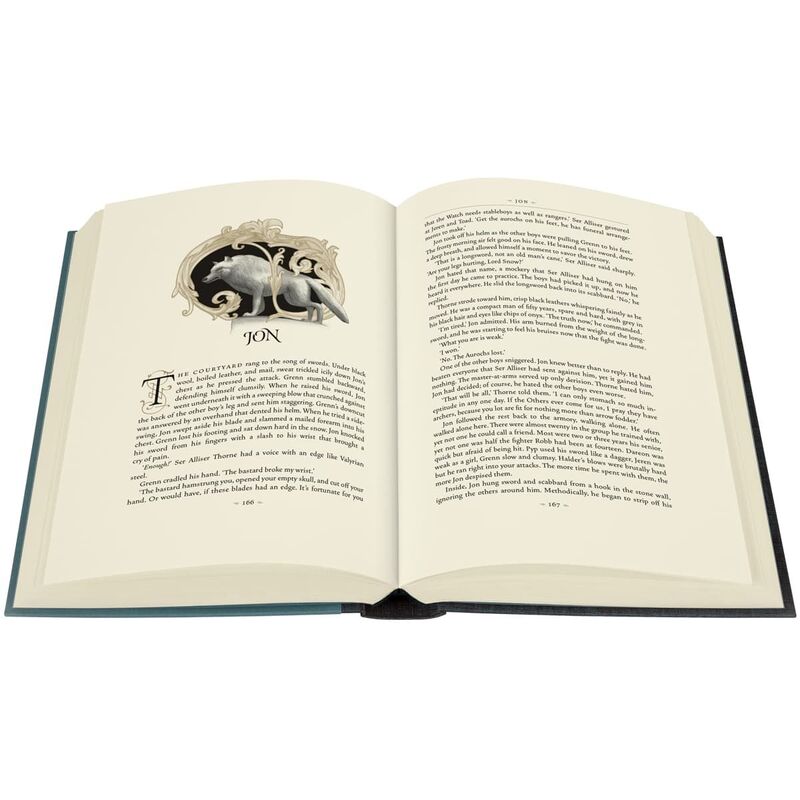 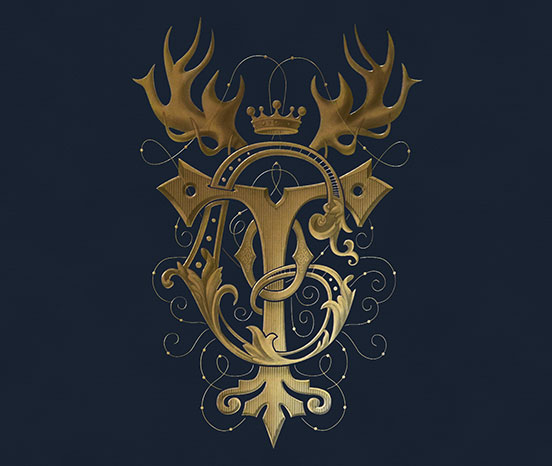 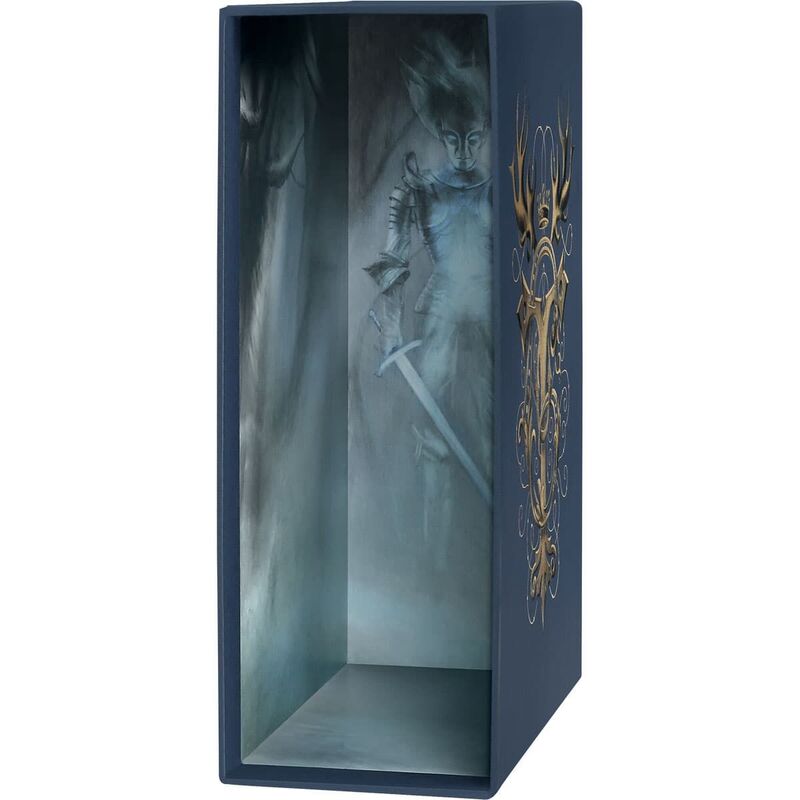