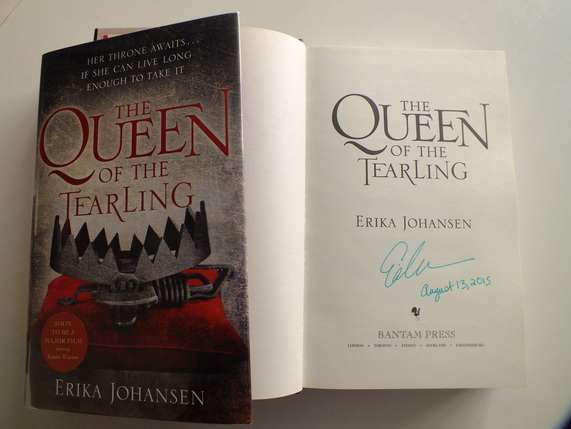 ﻿Synopsis : Kelsea Glynn is the sole heir to the throne of Tearling but has been raised in secret by foster parents after her mother - Queen Elyssa, as vain as she was stupid - was murdered for ruining her kingdom. For 18 years, the Tearling has been ruled by Kelsea's uncle in the role of Regent however he is but the debauched puppet of the Red Queen, the sorceress-tyrant of neighbouring realm of Mortmesme. On Kelsea's 19th birthday, the tattered remnants of her mother's guard - each pledged to defend the queen to the death - arrive to bring this most un-regal young woman out of hiding...

﻿And so begins her journey back to her kingdom's heart, to claim the throne, earn the loyalty of her people, overturn her mother's legacy and redeem the Tearling from the forces of corruption and dark magic that are threatening to destroy it. But Kelsea's story is not just about her learning the true nature of her inheritance - it's about a heroine who must learn to acknowledge and live with the realities of coming of age in all its insecurities and attractions, alongside the ethical dilemmas of ruling justly and fairly while simply trying to stay alive...﻿