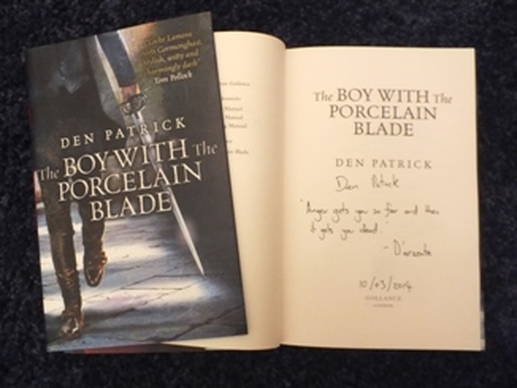 Synopsis : An ornate yet dark fantasy, with echoes of Mervyn Peake, Robin Hobb and Jon Courtenay Grimwood. An original and beautifully imagined world, populated by unforgettable characters. Lucien de Fontein has grown up different. One of the mysterious and misshapen Orfano who appear around the Kingdom of Landfall, he is a talented fighter yet constantly lonely, tormented by his deformity, and well aware that he is a mere pawn in a political game. Ruled by an insane King and the venomous Majordomo, it is a world where corruption and decay are deeply rooted - but to a degree Lucien never dreams possible when he first discovers the plight of the 'insane' women kept in the haunting Sanatoria. Told in a continuous narrative interspersed with flashbacks we see Lucien grow up under the care of his tutors. We watch him forced through rigorous Testings, and fall in love, set against his yearning to discover where he comes from, and how his fate is tied to that of every one of the deformed Orfano in the Kingdom, and of the eerie Sanatoria itself.