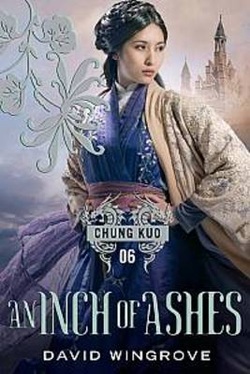 One of only five copies of the standard (paperback) first edition that have been lsigned and dated by the author.

Synopsis : The sixth instalment of David Wingrove's Chung Kuo series. A Restless Peace It is 2206. As Chung Kuo's population continues to swell, the Seven - the ruling T'angs - are forced make further concessions; laws must be relaxed and the House at Weinmar reopened. Change is coming, whether the Seven like it or not. A Secret War  The tides of unrest unleashed by earlier wars grow faster even than the population. DeVore secretly allies with newly appointed general, Hans Ebert. It seems that DeVore's plans are coming to fruition. But Ebert has his own schemes and plots - he intends to depose the Seven and control the whole of Chung Kuo.

'One of the masterpieces of the decade'- Washington Post

'Quite extraordinary...finally delivers SF into the hands of an English Proust'- Brian Aldiss

'Excellent...with a well-imagined universe, well-executed characters and action that doesn't let up, this is Orwell's 1984 but on an enormous canvas packed with detail'- Toronto Globe and Mail 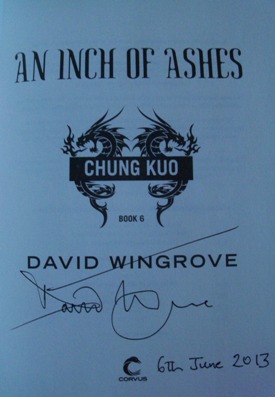