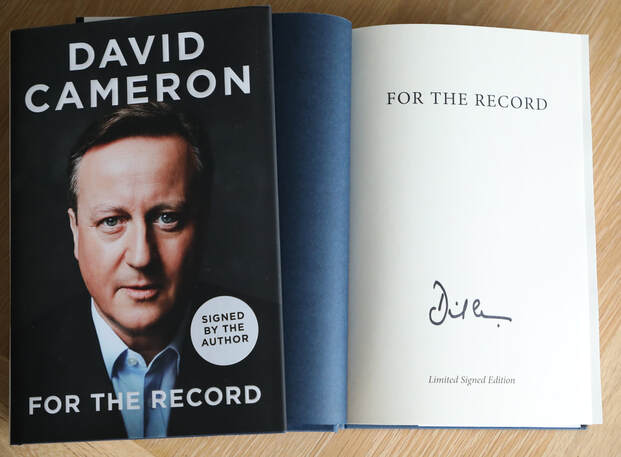 Since his resignation in 2016, David Cameron has remained all-but silent on his time in office. In For the Record he finally breaks that silence.

As Prime Minister and leader of the Conservative Party, David Cameron oversaw an era-defining period of modern British politics. His six-year premiership, heralded by economic crisis, witnessed coalition, austerity, educational and social reform at home as well as the Arab Spring, the rise of ISIS and conflicts in Libya, Iraq and Syria on the global stage. His was a Britain joyfully united by the 2012 Olympic Games and bitterly polarised by the European referendum. Frank, personal and unflinching, For the Record provides David Cameron’s unique perspective on his time in politics and the country’s future in the light of Brexit. A major work of political biography, it promises to be a significant and controversial account of upheaval, power and leadership in our time.

In For the Record, Cameron explains how the governments he led transformed the UK economy while implementing a modern, compassionate agenda that included reforming education and welfare, legalising gay marriage, honouring the UK’s commitment to overseas aid and spearheading environmental policies. He will shed light on the seminal world events of his premiership – the Arab Spring; the rise of ISIS; the invasion of Ukraine; the conflicts in Libya, Iraq and Syria – as well as events at home, from the Olympic Games in 2012 to the Scottish referendum.

He will also provide, for the first time, his perspective on the EU referendum and his views on the future of Britain’s place in the world in the light of Brexit. Revealing the battles and achievements of his life and career in intimate and frank detail, For the Record will be an important assessment of the significant political events of the last decade, the nature of power and the role of leadership at a time of profound global change
​
​Bibliographic Details :
Publisher: HarperCollins Publishers
ISBN : 9781785176593
Publication Date: 19th September 2019
Binding: Hardback
Book Condition: New
Dust Jacket Condition: New
Signed: Signed by the Author
Edition: First Edition, First Impression 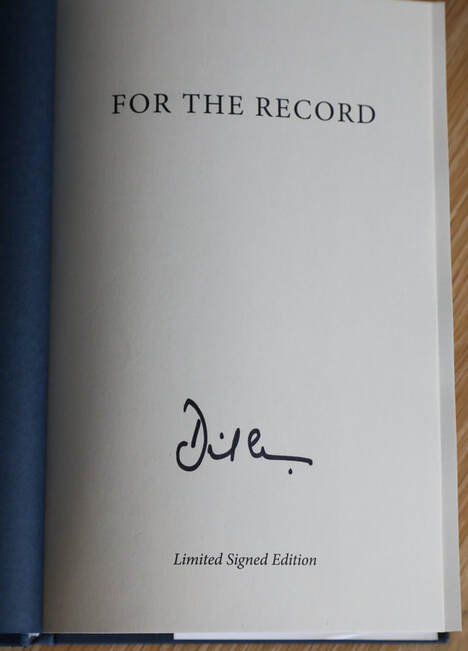