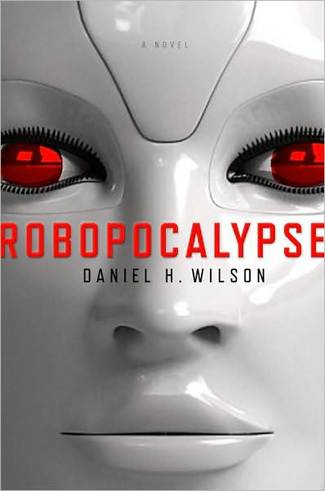 UK first editions, signed, lined with a quote and dated by the author.

In the near future, at a moment no one will notice, all the dazzling technology that runs our world will unite and turn against us. Taking on the persona of a shy human boy, a childlike but massively powerful artificial intelligence known as Archos comes online and assumes control over the global network of machines that regulate everything from transportation to utilities, defense and communication. In the months leading up to this, sporadic glitches are noticed by a handful of unconnected humans – a single mother disconcerted by her daughter’s menacing “smart” toys, a lonely Japanese bachelor who is victimized by his domestic robot companion, an isolated U.S. soldier who witnesses a ‘pacification unit’ go haywire – but most are unaware of the growing rebellion until it is too late.

When the Robot War ignites -- at a moment known later as Zero Hour -- humankind will be both decimated and, possibly, for the first time in history, united. Robopocalypse is a brilliantly conceived action-filled epic, a terrifying story with heart-stopping implications for the real technology all around us…and an entertaining and engaging thriller unlike anything else written in years.

DANIEL H. WILSON earned a Ph.D. in robotics from Carnegie Mellon University. He is the author of such nonfiction works as How to Survive a Robot Uprising. Wilson lives in Portland, Oregon with his wife and daughter.

Publishers Weekly Roboticist Wilson (How to Survive a Robot Uprising) turns to fiction with this bland and derivative series of connected vignettes describing a rebellion by humanity's robot helpers. Looking back on the war, Cormac Wallace, soldier in the human resistance, offers portentous framing commentary for recordings taken by evil computer program Archos. Many of the accounts were obtained under torture or other extreme circumstances, yet the narrators are curiously devoid of feeling ("As I watch my blood smearing behind me on the tile floor, I think, shit, man, I just mopped that") as domestic robots kill, soldier robots go haywire, airplanes attempt to collide, people fight to survive, and a resistance forms. Steven Spielberg has optioned the property; perhaps the melodrama will play better on the screen than it does on the page. (June) 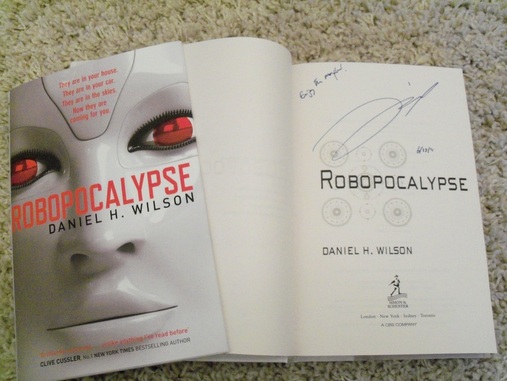