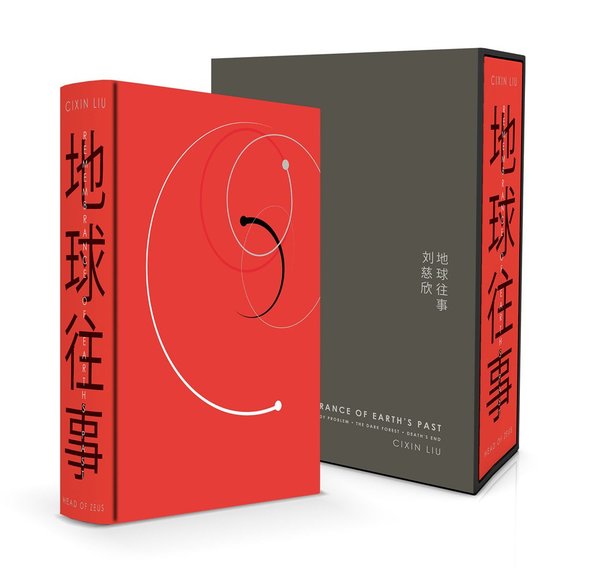 ​Signed by the author.

Not only a remembrance of Earth's past but also reflection on humanity's future, the trilogy weaves a complex web of physics, philosophy and history, taking the reader from the Cultural Revolution to the heat death of universe.

By turns sombre, despairing, lyrical, and hopeful, the trilogy comprises the award-winning The Three-Body Problem, The Dark Forest and Death's End. Across the series, Cixin Liu asks the desperate, melancholic question of our time: will humanity reach for the stars or die in its cradle?

To celebrate the conclusion of the series, Head of Zeus has produced a numbered and signed one-volume edition of the books that have captured the imagination of readers all over the world.

1967: Ye Wenjie witnesses Red Guards beat her father to death during China's Cultural Revolution. This singular event will shape not only the rest of her life but also the future of mankind.

Four decades later, Beijing police ask nanotech engineer Wang Miao to infiltrate a secretive cabal of scientists after a spate of inexplicable suicides. Wang's investigation will lead him to a mysterious online game and immerse him in a virtual world ruled by the intractable and unpredicatable interaction of its three suns.

Half a century after the Doomsday Battle, the uneasy balance of Dark Forest Deterrence keeps the Trisolaran invaders at bay.
Earth enjoys unprecedented prosperity due to the infusion of Trisolaran knowledge and, with human science advancing and the Trisolarans adopting Earth culture, it seems that the two civilizations can co-exist peacefully as equals without the terrible threat of mutually assured annihilation. But peace has made humanity complacent.

Cheng Xin, an aerospace engineer from the 21st century, awakens from hibernation in this new age. She brings knowledge of a long-forgotten program dating from the start of the Trisolar Crisis, and her presence may upset the delicate balance between two worlds. Will humanity reach for the stars or die in its cradle?
​
Synopsis :  The dark Forest

Imagine the universe as a forest, patrolled by numberless and nameless predators. In this forest, stealth is survival - any civilisation that reveals its location is prey.

Earth has. Now the predators are coming.

Crossing light years, they will reach Earth in four centuries' time. But the sophons, their extra-dimensional agents and saboteurs, are already here. Only the individual human mind remains immune to their influence.

This is the motivation for the Wallfacer Project, a last-ditch defence that grants four individuals almost absolute power to design secret strategies, hidden through deceit and misdirection from human and alien alike. Three of the Wallfacers are influential statesmen and scientists, but the fourth is a total unknown.
​
Luo Ji, an unambitious Chinese astronomer, is baffled by his new status. All he knows is that he's the one Wallfacer that Trisolaris wants dead.