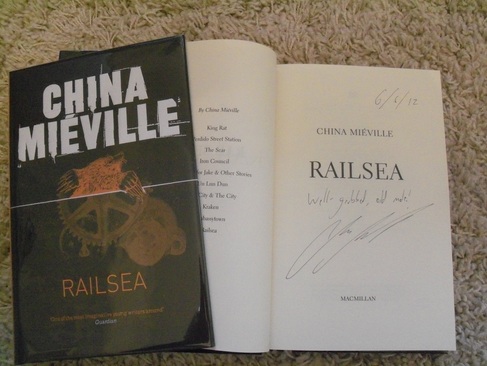 Signed, lined wsith a hand-written quote and dated by the author to the title page.

Synopsis :  Welcome to the Railsea, a vast conglomeration of interconnected railroad tracks reaching to the limits of the known world. This brilliantly imagined setting stands at the heart of one of China Mieville’s most extraordinary accomplishments.

A host of memorable characters move through these pages, among them a “bloodstained boy” whose adventures form the armature of the narrative, a  brother and sister determined to complete their parents’ unfinished journey, and  a one-armed captain relentlessly pursuing her “philosophy:” the great almost-white mole known as Mocker Jack.

Railsea is a novel about the power of obsession, about the human   longing for completion, about narrative itself. But it’s also a captivating  story that overflows with wonders and strange terrors, with pirates and  scavengers, monstrosities and prodigies. And so much more. Filled with humor  and  great narrative energy, and written in a language so vivid it virtually leaps  off the page, it is at once an utterly unique creation and a classic re-imagining of a classic tale. Railsea shows us China Mieville at the top of his game. It’s going to be around for a very long time..............

On board the moletrain Medes, Sham Yes ap Soorap watches in awe as he witnesses his first moldywarpe hunt.

The giant mole bursting from the earth, the harpoonists targeting their prey, the battle resulting in one’s death and the other’s glory are extraordinary. But no matter how spectacular it is, travelling the endless rails of the railsea, Sham can't shake the sense that there is more to life. Even if his philosophy-seeking captain can think only of the hunt for the ivory-coloured mole she’s been chasing – ever since it took her arm all those years ago.

When they come across a wrecked train, at first it's a welcome distraction. But the impossible salvage Sham finds in the derelict leads to considerably more than he'd bargained for. Soon he's hunted on all sides: by pirates, trainsfolk, monsters and salvage-scrabblers.

And it might not be just Sham's life that's about to change. It could be the whole of the railsea.

Playful and clever, this is the new gloriously imagined novel from China Miéville. 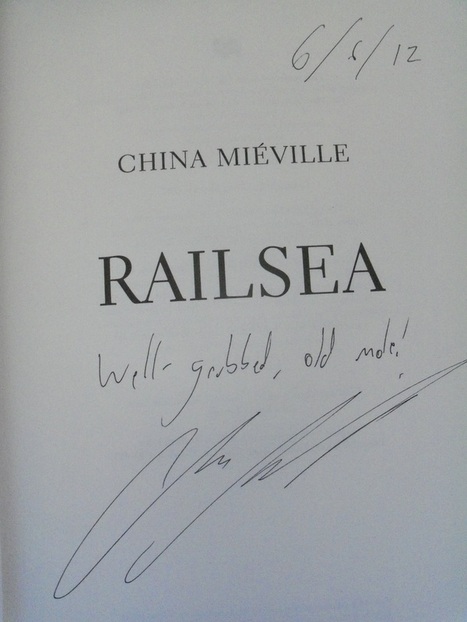 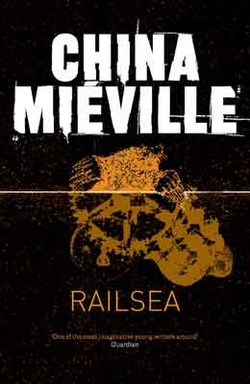