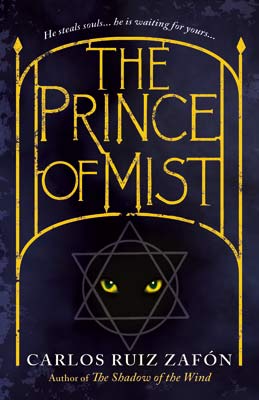 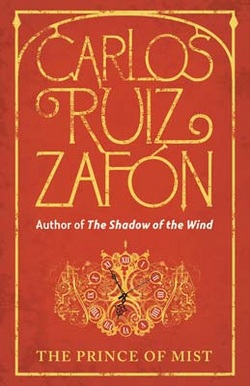 An excellent unread copy - signed, dated and located (London). Available in red or blue (please state your preference at the time of ordering). Also available separately in a slipcased state (red only).

Synopsis : Max Carver's father - a watchmaker and inventor - decides to move his family to a small town on the coast, to an old house that once belonged to a prestigious surgeon, Dr Richard Fleischmann. But the house holds many secrets and stories of its own. Behind it is an overgrown garden full of statues surrounded by a metal fence topped with a six-pointed star. When he goes to investigate, Max finds that the statues seem to consist of a kind of circus troop with the large statue of a clown at its centre. Max has the curious sensation that the statue is beckoning to him. As the family settles in they grow increasingly uneasy: they discover a box of old films belonging to the Fleischmanns; his sister has disturbing dreams and his other sister hears voices whispering to her from an old wardrobe. They also discover the wreck of a boat that sank many years ago in a terrible storm. Everyone on board perished except for one man - an engineer who built the lighthouse at the end of the beach. During the dive, Max sees something that leaves him cold - on the old mast floats a tattered flag with the symbol of the six-pointed star. As they learn more about the wreck, the chilling story of the Prince of the Mists begins to emerge.