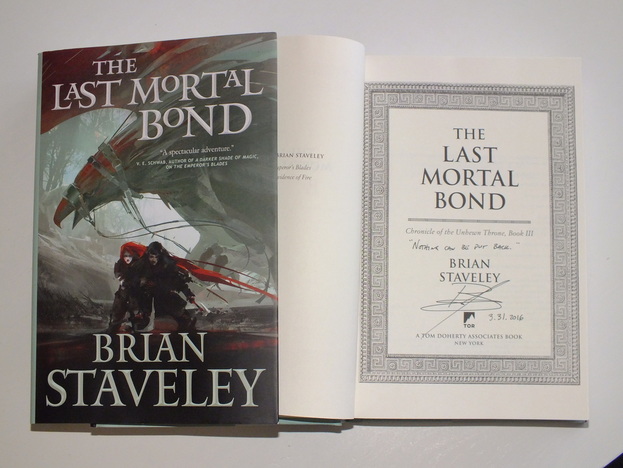 Synopsis : The trilogy that began with The Emperor's Blades and continued in The Providence of Fire reaches its epic conclusion, as war engulfs the Annurian Empire in Brian Staveley's The Last Mortal BondThe ancient csestriim are back to finish their purge of humanity; armies march against the capital; leaches, solitary beings who draw power from the natural world to fuel their extraordinary abilities, maneuver on all sides to affect the outcome of the war; and capricious gods walk the earth in human guise with agendas of their own.
But the three imperial siblings at the heart of it all--Valyn, Adare, and Kaden--come to understand that even if they survive the holocaust unleashed on their world, there may be no reconciling their conflicting visions of the future